Ivan talks about how he is happy to have a better living situation. 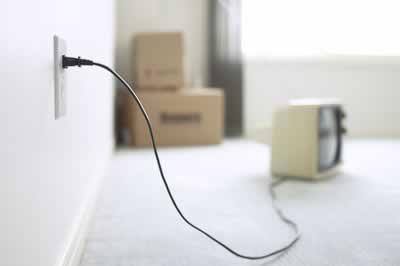 Todd: Do you have a good apartment in Japan?

Todd: Yeah, what does 2DK mean?

Ivan: Ah, it's smaller than the 2LDK, uh, it's got a kitchen and two rooms.

Ivan: Yeah. 2LDK, maybe that it's like living room, dining room, kitchen, all in one.

Ivan: It's better than my old place. I used to live in what's called a "gaijin house" which is just a shared apartment. I had a 6 mat room, and a shared bathroom. Ah, not I have two 8 mat rooms, and my own bathroom, and a kitchen with 4 burners,
instead of 2, uh, yeah!

Todd: Oh, wow, so you're in your new place now?

Ivan: Yeah, I'm in my new place now. Actually, the old place was owned by a company, they owned the land, and this really, really, awful woman owned the building, so I rented a room from the woman. I woke up one morning and the manager was putting stuff in, was putting flyers in people's mailboxes. I took a look at the flyer. The flyer was saying that the company was going to destroy the building within a month period, so they were warning us to get out. Well, the manager was busy taking these flyers, so that the people inside the apartment wouldn't see it and move out. She wanted to get one more month of rent from us. So I took my flyer and I went down to the company that owned the land and said, "Where can I live now? You're making us leave in a month." He said, " Oh, I feel really bad about what you told me happened, so he gave me this 2DK, which is normally 120,000 a month for 60,000 with no key money and no deposit

Ivan: Yeah, I got lucky.

My place was like living room, dining room, and kitchen all in one.

We use the phrase 'all in one' to show that something is combination of many things. Notice the following:

I used to live in a shared apartment, and we had a shared bathroom.

A 'shared' apartment is one that you live in with other people who are not part of your family.  This means that the kitchen, the bathrooms and the living room are used by other people. Notice the following:

I took a look at the flyer in my mailbox.

When you 'take a look' at something you view or look at it and read its contents or study it. Notice the following:

The flyer was to warn us that we needed to get out.

If you have to 'get out' of a place you need to leave there soon or immediately.  This is not a polite way to tell someone to leave and it shows that you are angry or the situation is dangerous. Notice the following:

They gave me the place with no key money and deposit.

'Key money' or a 'deposit' are basically the same thing. They are advanced rent or money given as security to someone you rent a house or apartment from. This is in case you damage the place or decide to leave quickly and break your contract. The landlord returns this money at the end of your contract if there is no damage to the house. Notice the following:

Complete the sentences with the words below.
all in one • shared • take a look
get out • deposit