Joel talks about a time he got hurt. 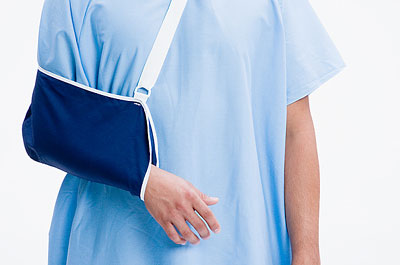 I ended up in the hospital once after a baseball practice. What happened was, I was on first base trying to run to second base, as you might know in baseball that's called stealing a base, so as I was stealing second base I tried to slide and rather than putting my hands up to protect them I landed on my arm and as soon as my arm hit the ground, everyone could hear a large "snap". It was like somoeone snapping their fingers really loud, and it was so loud that my dad, who was playing catcher asked me, "Did you break your arm?" and I took a look at my arm and it was completely out of shape.

It wasn't straight anymore. It was bent and I was actually very calm. I answered him, "Yeah, I broke my arm, so instead of crying or panicing, I was very calm about it, and he took me to the hospital. The doctor put my arm back in its normal place, put a cast on it, and that was that.