What gift does the speaker mention? 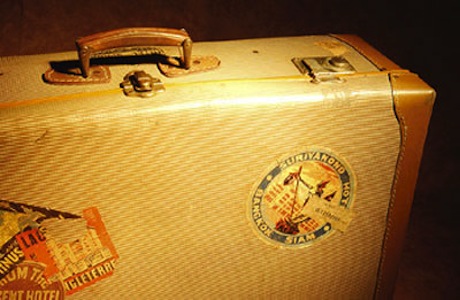 I don't know about you, but I hate shopping. I can't stand it, so this year I am so happy. I got all of my gifts takencare of. Everyone's got a gift. I'm stoked. The first gift I got my sister, is I got her a watch. She works out a lot and she was saying that she has a really nice gold watch and she can't wear the gold watch when she works out so I bought her this really cheap, black and yellow kind of plastic watch so she can wear it when she works out and she doesn't have to worry about damaging her nice gold watch.

So for my dad, well, my dad, basically he's very hard to get a gift for, so he prettty much wears the same thing every day. He wears a nice dress shirt to work and he kind of wears white t-shirts around the house. He doesn't like shirts with colors or logos or anything like that, so I just bought him a nice dress shirt. I think it's light blue and he can wear it to work and hopefully he likes it.

My uncle lives down the street and he loves building things. He's very mechanically inclined. He's always building stuff, and now he's building a deck in his backyard and the deck goes out to his garden. And I'm actually helping him build the deck and, well, he needs a new saw. The saw we've been using is dull. It doesn't saw very well, so I bought him a new saw and I will be able to finish the deck soon.

Also, my uncle has a son. He's my nephew and he also is really into sports. He is into skateboarding and snowboarding and surfboarding, so I really didn't know what to get him. I don't have that much money so I couldn't afford to buy him a snowboard or surfboard. It just costs too much, so my niece helped me pick out a skateboard. It wasn't too much money, but I hope he likes it. I do feel a little guilty though because the skateboard was a lot more than the gloves I bought my niece.

Well, that's it. All my Christmas shopping's done. Whoohoo! Now, where's my gift.