Michael talks a little about his country, Australia and about its cities. 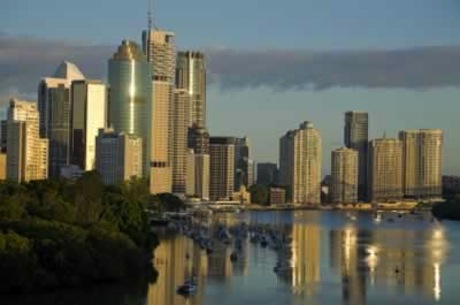 Michael: Australia? Oh, there's about 20 million people in Australia right now. A little bit under but close to twenty.

Todd: OK. What are the biggest cities?

Michael: The biggest city? The biggest city is Sydney. Then it's followed by Melbourne and then Brisbane and then I think it's Perth. Most of the big cities are on the East Coast of Australia. Perth is on the west coast but sort of of out there by itself.

Todd: OK. If you had to live in one place where would you live?

Michael: I like Brisbane. I had my teenage years in Brisbane, growing up in Brisbane. Maybe Sidney because it is a big city, but Brisbane has got the gold coast and the sunshine.

Todd: Oh, nice. Actually, what is the capital city of Australia?

Todd: Have you been to all the major cities in Australia?

Michael: I have been to Melbourne when I was young. Yeah, I have. Only a short time in Perth.

Todd: OK. What is the best thing about Australia?

Michael: The best thing about Australia? Ah, probably the friendly people. The relaxed attitude and we like visitors from other cultures.

Todd: Oh, cool. How are Australians different than other people? How are they unique?

Michael: How are Australians unique? I would say that we're more fun-loving maybe or accepting of other people. We don't mind making new friends actually and conversing with other people.

about, under, close to

We use these phrases before giving an approximate number or distance to show that it is not the exact number.  Notice the following:

What is the capital city of Australia?

A capital city is the official location of governmental offices within a state or country.  Notice the following:

The politicians didn't want Sydney to get too crowded.

If a place 'gets crowded', it becomes full with people.  Notice the following:

Someone who is 'fun-loving' enjoys having a good time.   Notice the following:

We don't mind making new friends and conversing with other people.

If you 'don't mind' doing something then it is not a problem for you. Notice the following:

5 Australia
Michael talks a little about his country, Australia and about its cities.
﻿
INT 4
Jessica

4 Meet the Parents
Jessica talks about her mom and dad.
﻿
INT 4
Matt

2 The Big Red Bus
Steven talks about a picture of a big red bus.
﻿
INT 4
Kerri

1 The Omelet
Kerri shares her recipe for a delicious omelet.