David talks about the many places he has visited around the world. 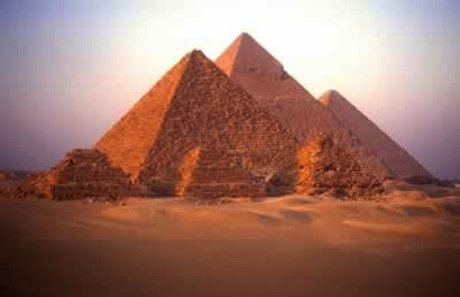 Tenn: Well, I like sports but I'm just not an avid sports watcher. You know I would usually rather watch a movie or some kind of history program.

Todd: Oh, OK. So you're into history.

Todd: OK. What kind of history?

Tenn: That's a kind of a difficult question. I would say I'm interested-- primarily, I'm interested in ancient and medieval but I also like studying the history of the countries that I visit it makes it more interesting when I go sight-seeing.

Todd: OK. What countries have you visited?

Tenn: The big ones I would say, I've been over a good bit of Europe, Mexico, Peru.. I spent almost a year in Egypt and I went to Isreal, Jordan and now I'm here in Japan. I've been here in Japan a year and a half. And while I have been here, I visited Korea for about a week.

Todd: OK. Wow! That's a lot so did you do the Pyramids in Egypt?

Todd: Oh, really? Nice. What's it like on the top?

Tenn: Very, very interesting. You can see-- it was during the summer so the visibility was rather low.

Tenn: But, to see we were on The Great Pyramid and the second Pyramid Kefron was right nearby and it is a very different perspective to see it from. Very interesting to be eye-level, to be on the same level as the top of that second pyramid.

Tenn: Machu Pichu is the ruins of a city that was built by the Inca People.

Todd: OK. Wow. Nice. All right, thanks a lot David.

I'm not big on sports.

If you are 'big on' something you really enjoy it.  Notice the following:

I like sports, but I'm just not an avid sports watcher.

I f you are 'avid' about doing something you are very interested in it and it's an important part of your life. We can put avid in front of a noun or noun phrase to show this.  Notice the following:

Studying a country's history makes it more interesting when I go sight-seeing.

To go 'sight-seeing' is to visit the important or popular places in a place.  Notice the following:

It was during the summer, so the visibility was rather low.

'Low visibility' means you can't see very far in front of you.  This can be because of weather or contamination in the air.  Notice the following:

It is a very different perspective to see from.

If you are standing in a specific place looking at something you are 'seeing it' from the point where you are standing.  We can use that phrase 'a different perspective to see from' to talk about a physical view or an intellectual view.  Notice the following:

48 The Cold
Conrad is sick. He explains his illness.
﻿
BEG 3
Jessica

46 The Web Site
Jeff talks about starting a website.