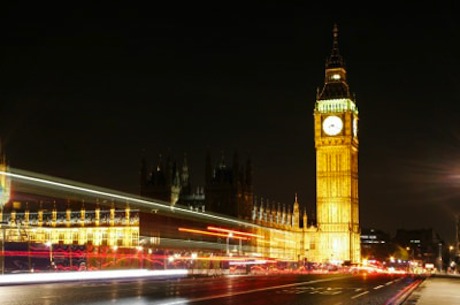 Todd: Yeah can you give me some advice about where I should go. I'm gonna have about one week.

Jason: One week. What I suggest you do then is stay in the suburbs of London for a start, because it's a lot cheaper. If you stay in North London then you can spend all your money on rent.

Todd: OK, now I was thinking of taking a day trip to Oxford or Cambridge or Bath. What would you recommend?

Jason: It depends really. Bath has got a lot of history. I guess Oxford is a lot quieter, but again there is a lot of nightlife there as well. It really depends what you want to do, but Bath is good for history, definitely.

Todd: OK. What about Cambridge?

Jason: Cambridge I'm not too sure about. I haven't been there so.

Todd: Oh, really. OK. If I want to go to Oxford or to Bath, how can I get there? Do I have to drive?

Jason: The easiest way is to get a train. It can vary how much you wanna pay really. It's kind of similar to Japanese trains. But traveling as far as Cambridge and Bath would be quite expensive, maybe 30 pounds, which is quite a lot of money really, so.

I suggest you stay in the suburbs.

The 'suburbs' are the towns or areas that surround a city.  They are usually calm and safe, but can be a little boring.  Notice the following:

You should go around Central London.

To 'go around' something is to go to one side or the other, in this case the driver should not go though Central London because maybe the traffic is bad.  Usually we go around things to avoid them. Notice the following:

Central London is where all the nightlife is.

'Nightlife' is what people do for entertainment at night in a city or town.  This usually refers to bars and dance clubs.  Notice the following:

I was thinking of taking a day trip to Oxford.

A 'day trip' is a short adventure where you go to your destination and return in the same day.  Notice the following:

It's similar to Japanese trains.

If two things are 'similar' they are alike or the almost the same in some characteristics.  Notice the following:

124 Beach Life
Trevor answers questions about what he takes to the beach.
﻿
BEG 3
Jason

122 The Moon and Beyond
Ebony talks about space travel and what life might be like in the future.
﻿
BEG 3
Diana

121 Opposites
Diana is given an adjective and must thing of the first word that comes to mind.