Nicoleta talks about traveling and places she really enjoyed. 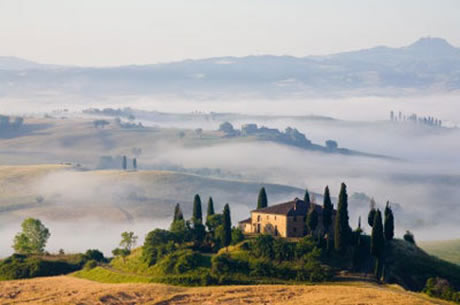 Todd: Hi, Nicoleta. Uhm, Nicoleta, where are you from?

Todd: Oh great. Where in Germany?

Nicoleta: It's called Tria, but it's quite, quite small.

Todd: Oh, OK. Must be pretty. OK, we're going to talk about traveling. Do you like to travel?

Todd: OK, what places have you visited?

Nicoleta: I've been to some places in Europe and to New York and now I'm in Japan.

Todd: Wow, you've been all over. OK, what's your favorite place so far?

Nicoleta: I have three. The Toscana in Italy, New York and I think, Tokyo.

Todd: Oh really? Wow! One in every continent.

Todd: Do you have a lot of luggage when you travel?

Nicoleta: Yeah, if I can, yes. I mean there are limits.

Todd: Sure. So how many suitcases did you have when you came to Tokyo?

Todd: OK. Do you speak Spanish?

Todd: And you speak German. So, do you speak any other languages?

Todd: I've been here four years and my Japanese is terrible. Last question, are you nervous when you fly?

Todd: Yeah, me too. OK, thanks a lot, Nicoleta.

But it's quite, quite small.

The adverb 'quite' in this sentence means 'slightly' or 'a bit'.  Notice the following:

Wow, you've been all over.

The phrase, 'all over' a place means in every part of it or seen everywhere. Notice the following:

What's your favorite place so far?

'So far' would most likely mean 'until now' or 'up to this extent'.  Notice the following:

My Japanese is terrible.

The word, 'terrible' means unpleasant or of low quality. Notice the following:

Are you nervous when you fly?

"To fly' means to go somewhere in an aircraft. Notice the following:

quite • all over • so far
terrible • fly
Answer these questions about the interview.

194 Lost and Found
Todd talks about how he was lost his wallet four times and what happened each time.
﻿
INT 4
Nicola

193 Perfect Day
Nicola talks about what would be the perfect day for her.
﻿
BEG 3
Nicoleta

191 Turkiye
Nicola has been to Turkiye. She talks about her travels there.