Shawn talks about his life in college. 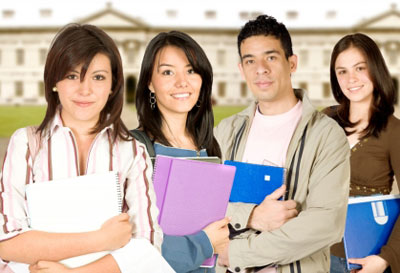 Todd: Now, Shawn, you were just saying that at your university you're the only male student.

Shawn: Yeah, in my program, I'm the only guy in my class, and when I signed up for the program I had known this going in to it, so on the first day I was a bit, how-should-I-say, a little bit happy, so when we were all in the auditorium, getting selected to go to our class, I was counting all the amount of girls that were in the class and the ratio worked out to about to 48 to 1, so the first few months, actually the first few weeks were very bit happy but after awhile you just realize, these girls just become your friends and you're all there for the same purpose to get your education and your mind's not really on, how-should-I-say, meeting the opposite sex in that classroom so surprisingly, wha-chu-call, women aren't that much different than men. They, it's very cool to be around all these women. It's a very good experience, it's, how-should-I-say, it's, I'd say it's made me a better person, maybe a bit more sensitive to their feelings, I'd say and...

Todd: So you still must get special attention though!

Shawn: Still, must get special attention, um! Just because I'm the only guy in the class, it doesn't matter. You can float around that classroom and talk to anybody you want. Some girls cannot float around the classroom and talk to other girls because I'm the only guy in that class it seems that they want the attention regardless if they don't like you or not. They just want the attention. So it's never, it doesn't get lonely in the class because as a guy in the class you'll never stop talking, because they want your attention, but it's a very cool experience.

Todd: OK, well as a teacher, do you think that men teachers think differently that female teachers?

Shawn: I'd say, not so much in the classroom setting but in terms with fellow coworkers, I'd say that men are very, more composed, they don't, how-should-I-say, what I've noticed in my program with women having their infighting in the class, not that they always come to me, it's just that, I'm very composed, I'm able to, how-should-I-say, not lose my head, not lose my patience right away, so, but in terms of teaching skills, um, I don't see any difference, like they're both doing the same type of job, trying to educate young minds, so in terms of teaching strategies, it's how-should-I-say, women have, I'd say more of an artistic touch than I do, it's, um, I put that as the main difference, they're more relaxed singing around the class, whereas I'm just nervous as can be and I don't like doing it, so.

Todd: OK, I agree. I'm the same way when I teach kids.

I knew that I was going to be the only guy in class when I signed up for the program.

When you 'sign up for' a class or program you register to participate in it.  Notice the following:

You're in class to get education, not just to meet the opposite sex.

You can float around the classroom and talk to anybody you want.

When you move around a room or other area without any real direction we say that you are floating around. Notice the following:

I'd say that men are more composed, compared to women.

A 'composed' person is very calm and doesn't get overly excited or emotional about things. Notice the following:

I'm able not to lose my head right away.

When you 'lose your head' you lose control of your emotions, usually becoming very angry. Notice the following:

sign up for • opposite sex • floats around
composed • loses his head

231 Music
Kate talks about what kinds of music she likes to listen to.