Mark talks about what he does on Boxing Day. 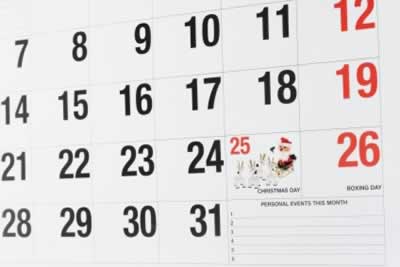 Todd: So Mark, what happens on boxing day?

Mark: On boxing day in England it's usually football day. Everybody goes and watches the football. Usually all the family go, so maybe grandad and grandma will go. In England on Boxing day, it's usually the highest attendance of the year.

Mark: Yeah, so we wake up on boxing day around about 11 o'clock, usually with a big hangover because we've been drinking of Christmas day and so to get rid of the hangover, what do we do? We actually drink more alcohol so we usually go to the bar around 11. Drink a lot of beer and then go the football around about 2 and watch the game.

'Boxing Day' is a holiday celebrated in England. I was traditionally the first weekday after Christmas when companies gave their employees presents and the postal service delivered gifts that had been sent. Notice the following:

That day usually has the highest attendance of the year.

When an event has a 'high attendance' it means there are a lot of people there.  The 'highest attendance' means the most people who have come to an even during the year. Notice the following:

We wake up usually with a big hangover from drinking the night before.

You get a hangover from drinking too much alcohol.  You usually have a bad headache and sometimes feel sick in your stomach.  Notice the following:

To get rid of the hangover, we actually drink more alcohol.

When we make something go away, a thing, a person or a sickness, we are 'getting rid' of it. When we use it to talk about something it means the same as 'throw away' or that this thing becomes garbage.Notice the following:

There's really a good atmosphere at the stadium, since it's Christmas.

In this case 'atmosphere' refers to the general emotional feeling of a place. Notice the following:

280 Boxing Day
Mark talks about what he does on Boxing Day.
﻿
INT 4
Doris

279 Going Home
Doris talks about her plans to return to England.
﻿
INT 4
Aaron

277 New Apartment
Ivan talks about how he is happy to have a better living situation.
﻿
INT 4
Aaron

276 Aussie Animals
Aaron talks about some exotic animals in Australia.