Kevin talks about a business experience that did not go so well and what he learned from it. 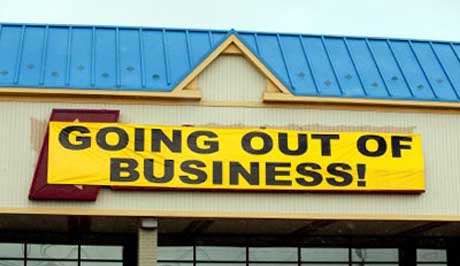 Todd: So Kevin, you were saying that you've been poor, broke, a couple of times. You talked about being in New York, and being broke. When else have you been broke?

Kevin: Wow. Well, after New York, the following year, when I came down from New York, I was determined to be my own boss. I had not been in control of my life while I was in New York. It was all depending on other people to let me have a job. And when I lost the job, that really, that really hurt.

And so when I went home I decided that I was going to own my own business, and I opened my first business which was a Karate school, and I put a lot of money into it that I had worked for almost a year saving up and then, well I also had a small inheritance from my grandmother.

Kevin: Yeah. But I ended up losing all of the money in the Karate school.

Todd: I did not know that about you.

Kevin: That would have been a strange business to start if I didn't know it. But yeah, yeah, I'd done it, I started when I was a kid. And, at the time, I was 20, I think 20, just about to turn 21 when I opened it. And I was ni-dan at the time, second degree black belt, and I had been teaching at my instructor's school for a while and he had encouraged me, you know, to go ahead and do it. But it was the wrong location, and the wrong town, the town was really poor. And I lost about $20,000 in 6 months.

Todd: That's a lot of money.

Kevin: Right, and not a year and half earlier I was flat busted broke in New York, and then, you know, things picked up and I thought that I could really try and make something of it. But you know, nothing ventured, nothing gained, and that was the attitude that I had, and, you know, found myself broke again.

Todd: So that fact that you've been poor, but you were poor both times when you were very young, do you look back and are you glad that you had those experiences?

Kevin: Sure. Sure, I learned a lot. Those experiences were valuable. You can't buy that kind of experience, you know, I carry it around with me now. I listen to other people who have business ideas and, you know, one thing that I gained from it is I can tell if they are going into a business, if they're gonna try and start up a business and, you know, they haven't considered all the things that they really need to consider, I can see the pitfalls that I fell in. And, you can try and suggest people to, you know, make other arrangements or to be more careful about this or that, but it doesn't always work out. Sometimes they just have to go out and learn the hard way like I did.

I was not in control of my life while I was in New York.

I got a small inheritance from my grandmother.

I was flat busted broke in New York.

When you are flat busted, that means you are completely poor, and that you have lost all your money. You have no money and no savings. You have busted, or broken, your bank. Notice the following sample sentences.

picked up (to pick up)

After awhile, business picked up.

When things pick up, that means they get better. In business English, this means business gets better and sales improve. Notice the following:

nothing ventured, nothing gained

Rule of life: nothing ventured, nothing gained.

This phrase means that if you don't try something, you can't achieve anything. To venture is to try to do something. We often use the phrase to encourage people when they are shy to start something. Notice the following conversations.

Bob: I'm afraid to start my own business. It could be risky.
Sue: Nothing ventured, nothing gained.

Joe: I want to ask Mary out, but I'm afraid she will say no.
Ann: Nothing ventured, nothing gained.

I can now see the pitfalls I fell in.

A pitfall is a danger you cannot see. It refers to a pit, or whole, in the ground. As you walk, you do not see it, but if you go to step in it, you fall down. In life, we have pitfalls in many situations: love, school, sports, work, and so. Notice the sample sentences.

You have to learn the hard way like I did.

To learn the hard way is to learn by failure. When you fail, you learn from your mistakes and you do not do them again, so we call that learning the hard way. Here are some sample sentences:

work out • pick up • pitfall
flat busted • inheritance
Answer the following questions about the interview.

349 Broke in the Big Apple
Kevin talks about being very young and poor in New York.
INT 4
CleAnn