Jeff talks about having a roommate. 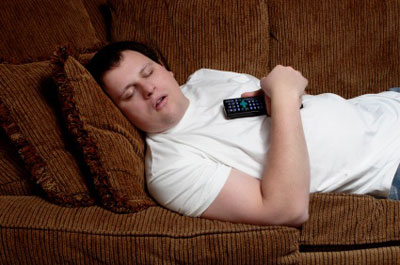 Todd: Hey, Jeff this is a very nice apartment.

Todd: I like it. It's got the tatami mat, small kitchen. Do you live alone?

Jeff: I live alone but right now I have a friend of mine staying with me.

Jeff: Sort of like a roommate, yes. A short term, he's staying with me short-term, so yes a roommate.

Jeff:He's lazy. He's messy. He drinks too much. He doesn't exercise and he doesn't contribute any money to the rent.

Todd: Ooh, so he lives here and he doesn't give you any money?

Jeff: Well, yeah, he doesn't give me any money. The money's not so bad, though, it's just that he's lazy and he doesn't do much all day.

Todd: That's got to be pretty annoying.

Jeff: He's a great fellow. He's a good friend of mine, but, yeah, he's, I try to motivate him to do a few things but he's a tough one.

Todd: Are you going to tell him he has to move out?

Todd: Oh, so you're just going to try to change him so he becomes a better roommate?

Todd: Well, what is his schedule?

Jeff:Ah, his schedule is, he's like a night owl, he stays up most of the night drinking, and then he sleeps most of the day recovering, and then when he gets up he has a hangover. He's a bit sluggish and slow, so it's not a healthy lifestyle.

Todd: Yeah, it doesn't sound like it. Good luck.

He's staying with me short-term.

A situation is 'short-term' if it will only be that way for a short period of time, a few weeks or months.  Notice the following:

He doesn't contribute any money to the rent.

If you 'contribute' money, you give it to a certain cause.  In this case, he doesn't give any money, but he is living in the house.  We can use contribute for money, actions or time.  Notice the following:

He knows the deal. He knows what's going on.

If he 'knows what's going on,' then he knows what other people are doing, like a gossip.  Notice the following:

I'm just going to try to whip him into shape.

If you 'whip someone into shape,' you force them to change their habits to something more appropriate.  Notice the following:

He's like a night owl, he stays up most of the night drinking, and then he sleeps most of the day recovering.

A person who prefers to stay up late at night is a 'night owl.'  Notice the following:

565 Movies
Al talks about the future of movies.
﻿
INT 5
Jeff

564 The Roommate
Jeff talks about having a roommate.
﻿
INT 6
Jeff

561 Wild Vacation
Jeff talks about an adventure he has planned.