Tini talks about tennis and how it is a sport her whole family loves. 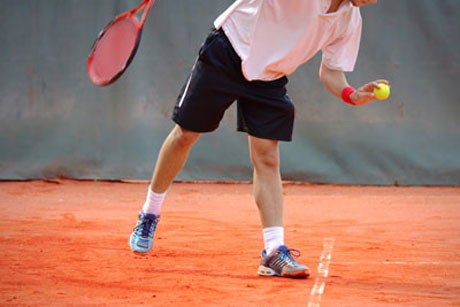 Todd: So, Tini, I thought we would talk about sports and things we like to do. What sports do you like to play?

Tini: Well, I like tennis. It's one of my favorite sports.

Tini: Well, actually, I think it is my father and my brother who is encouraging... who are encouraging me to play tennis actually. I started when I was in my first year in high school, however I played it only a year and then because.... due to, you know busies and studyings and so I started to play it again when I was a graduate... after graduating from high school.

Todd: So, you were on the tennis team in high school?

Tini: Not actually the tennis team but I was just like, as a hobby. I did it as a hobby.

Todd: Oh, OK. So are both your father and your brother really good players?

Tini: Well, in some sense, yes.

Todd: Who's better, your father or your brother?

Tini: Well, regarding style, I think my brother is much better than my father.

Todd: OK. Now when you play, do you prefer to play singles or doubles?

Tini: I prefer to play singles. You know, you have better control, actually.

Todd: Oh, OK. You don't like to play with another person?

Tini: Well, I can but it's that I don't play it very often playing double.

Tini: Yes. Yes. Yes. You know, you have to get all the strategies fixed up.

Todd: Right. So, what do you think is the most difficult thing about playing tennis?

Todd: Is it for example serving the ball or backhand, or?

Tini: Well, I think like controlling the ball, that is the most difficult one. Like for example, like you want to hit it like, so that the ball would go, how do you say, straight to the, you know, the boundary lines that will be harder for your opponent to catch it, so.

Todd: Right. Right. That's true. That is true. It is kind of hard to keep the ball within the boundaries.

Tini: Yes, within the boundaries.

Todd: So, do you have a really nice, expensive racket?

Todd: It was! It's not expensive anymore?

Todd: Oh, your racket is a little old.

Todd: OK, well anyway it was cool to talk to you about tennis. Thanks, Tini.

It is my father encouraging me.

Something or someone who is 'encouraging' gives you support and confidence.  Notice the following:

Well, in some sense, yes.

The phrase 'in some sense' is similar in meaning to 'in some ways'.  Notice the following:

Do you prefer singles or doubles?

In a sport such as tennis for example, when two individuals play against each other, we say 'singles'. When each team consists of two players, we say 'doubles.'  Notice the following:

Hitting backhand is the most difficult?

In tennis, 'backhand' is a way of hitting the ball with the back of our hand facing the net.  Notice the following:

Hit to the boundary lines.

In tennis, the white 'boundary lines' mark the edge of the court and service area.  Notice the following:

831 Tennis
Tini talks about tennis and her family.