Anita ponders whether tourism is a good thing, especially for her country. 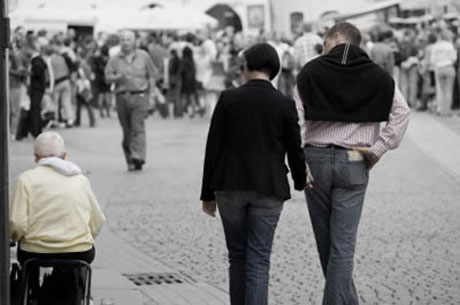 Todd: So, Anita, we were talking about your city, Prague. Now, your city now is really popular for tourists. How do you feel? Do you think that maybe your city has too many tourists? Or do you think, it's good and this brings a lot of money into your country?

Anita: It definitely brings money into the economy. There's no doubt about that. That's why tourism is a very big... an important, you know, aspect for us. There are different kinds of tourists. There are tourists who come to Prague and to the Czech Republic to experience the history, you know, to look at the historical sites and to enjoy those and then are tourists who go there for the -- I would say -- the bad parts of society, you know the bad aspects of society, for example we have, what they call beer tours from the U.K.

Anita: Yes. Where tourists, usually men, come in groups of, I don't know, ten, twenty, thirty just to drink beer in my country and unfortunately, in most cases, they don't come to nicely enjoy their tour, they usually come and, you know, get drunk and do other things, and that part of it, I really don't like because it sort of cheapens itI think.

Anita: Yeah, but other tourists, for example Japanese tourists are, you know, very orderly so those are nice to have there.

Todd: Right, and I think in The States we have something similar. Many young people go to Tijuana Mexico, across the border just to drink, and I think it's a similar situation.

Todd: But, overall you would say that it's a good thing, that, you know, the tourism brings money into Prague?

Anita: I think any form of good tourism is good for a country as long as the tourists don't destroy the places they go to.

Anita: For example, if you go to historical sites and you start scribbling your name on the walls or things like that, those are the bad parts of it, but as long as tourists are respectful to the culture, to the country, to the people, I guess tourism is good for any country, and we definitely depend on it.

There's no doubt about that

It brings money. There's no doubt about that.

We use the phrase 'there's no doubt about that' when we are sure about something.  Notice the following:

There are tourists who experience the history.

When we visit historical areas of a city, we 'experience the history.'  Notice the following:

I would say - the bad parts of society.

Anita thinks people who come to her country to drink alcohol and party see only the 'bad parts of society' such as pubs and night clubs.  Notice the following:

it sort of cheapens it

It sort of cheapens it I think.

When we 'cheapen' something, we reduce the amount of respect we give it.  Notice the following:

If you start scribbling on walls.

When we 'scribble,' that means we write in a fast and sloppy way.  Notice the following: