Josh, a high school student, talks about his goal of becoming a doctor. 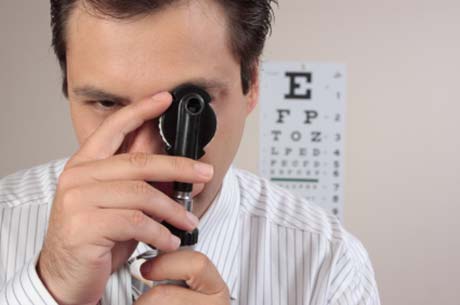 Todd: So hey Josh, how you doing?

Todd: Oh, doing pretty good. Josh, how old are you?

Josh: Yeah, I guess you could say that.

Todd: That’s pretty awesome. So what do you want to be in the future? Like what are your plans?

Josh: Well obviously, I want to go to college and after college I’ve thought about going to optometry school to become an eye doctor.

Todd: What is it that made you would want to be an eye doctor?

Josh: I guess it kind of started when I was really little and I got glasses for the first time. And when I got those glasses, you know I put them on and I really needed them. And no one found out that I needed them very quickly and so when I first put them on, I looked around and everything was so much crisper. And I think my mom always says that when I looked around I said, “Mom, I can see the trees and I can see all the branches. And it’s so cool”. And she didn’t realize how badly I needed them until right then, but that moment I always will remember that. And then the other reason is that my cousin has had lots of eye problems and ended up going blind in one eye. And I remember asking him to go to a 3D movie with me one time and he said, “I can’t because you need two eyes to see 3D.” And I loved 3D movies at that point so I felt so bad for him that he couldn’t see a 3D movie. And that was ... that kind of made me feel like I needed to fix people’s eyes.

Todd: That’s a great story. So you've wanted to be an eye doctor for some time?

Josh: Yeah, ever since I was basically six.

Todd: So are you doing things right now to help prepare yourself to get into college and become a doctor?

Josh: Absolutely, just I’ve researched the classes that I should take to be able to make it that far. And so I’m taking those classes and doing everything I can to get in that direction.

Josh: Looking at schools and everything.

Todd: Now, I think you mentioned that you’re actually taking online classes through MIT? And you're in high school.

Josh: Yeah, that’s right. I’m just looking at them, they’re free to do so you can watch the videos whichever ones you want. And they’re really interesting, the professors at MIT are really cool.

Todd: Well that’s great! So your parents must be really proud?

Josh: I don’t know about that, I hope so.

Todd: So do you have a fallback plan like if you were not able to become an eye doctor, would there be another profession you would be interested in?

Josh: Recently I’ve been looking at biomedical engineering as well.

Todd: What is that, biomedical engineering?

Todd: Oh wow, that sounds like an interesting field.

Josh: Yeah, for sure.

Todd: Well, good luck with your career, I hope it all pans out.

Optometry is the medical study of eyesight. Notice the following:

No one found out that I needed them

When you find something out, you realize it from extra information. Notice the following:

Do you have a fallback plan like if you were not able to become an eye doctor,

A fallback plan is an optional plan in case the first plan does not succeed. Notice the following:

What is that, biomedical engineering?

Biomedical refers to combination of medicine and biology. Notice the following:

I hope it all pans out.

If something pans out well, then it ends successfully as planned. Notice the following: