Adelina and Chris talk about the cities they like the most in Europe. 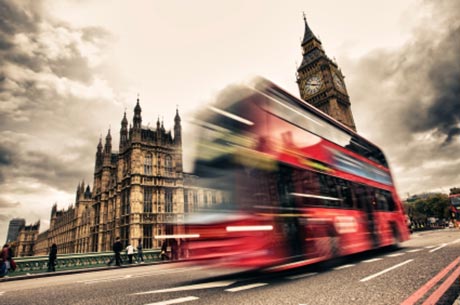 Chris: So Adelina, that’s how you say, right, Adelina?

Ade: Actually everybody calls me Ade.

Chris: Well that’s fine. So Ade, tell me what are your favorite cities in Europe?

Ade: Well first of all I have to say I like other continents a lot more than Europe. But if I have to choose one city I will say definitely London.

Chris: Actually I don’t see you as a London girl.

Ade: And why not? I was living in London four years and actually it’s a city full of life. You can find whatever you want in there, clubbing, shopping, culture, it’s a melting pot.

Ade: Yes, melting pot. It’s a very common expression, all British use it. They refer to London as a melting point because of all the nationalities living there. There are so many people for all around the world that actually is weird if you find an English person living in London.

Chris: Okay, interesting. I actually never heard of that expression. So you just said you lived there for four years, but then tell me, what was the purpose of that, did you live there for work, maybe a boyfriend?

Ade: Boyfriend? No, no boyfriend. I don’t like English guys. But the thing is that I just went there to spend a summer and improve my English. But after a while I fell in love with the city and I decided to stay there a little bit longer. And then I thought, why not profit some time there and do something. So I started MA in audiovisual translation. And that was one year long. So actually I was living there for four years and I did also some waitressing jobs, just to get some extra money and do a living there, because actually London is a very expensive city, so.

Chris: Oh yes, I totally understand you. I was there on holidays as well. So actually now do you think you could live there again?

Ade: Not at all, that was a chapter of my life that has completely ended. Now I just chase the sun.

Chris: Oh yes, also not a bad idea. So tell me, what about other cities, are there other cities that you specially like in Europe?

Ade: Yes, Ibiza in Spain is one of my favorites.

Chris: Wow, Ibiza! Well actually when you talk about Ibiza the first thing that comes up in my mind is partying, clubbing, was that the idea of going to Ibiza?

Ade: No, not at all. Everybody is so wrong about Ibiza. Ibiza is worldwide known about clubbing and parties and DJs. But actually Ibiza is a tiny island but it has so much to offer, for example, the sunsets, there are these amazing sunsets and these hiding places where you can just relax and enjoy the nature.

Chris: Oh yes, it’s true, sunsets, I heard of its famous sunsets on Ibiza. So actually I think of going to Mallorca this summer and I might go a few days to see Ibiza. Can you tell me some famous places to see one of the best sunsets there?

Ade: Don’t go to Cafe del Mar for example, it’s a popular one but you don’t have the best sunset there. There is a place named Cala Conta and there is a bar there called Sunset Ashram, that is the best place.

Chris: Sounds great. Thanks for the tip. I will tell you about my experience when I’m back again. By the way, should I start going to the gym and buy me one of these little swim shorts like the Italians all at the beach in Ibiza?

Ade: Don’t be a fool. But well, you just said, Italy is also a great place and I love Italy. Actually Florence is also one of my favorite cities in Europe.

Chris: Oh yes, that’s true, I hear a lot of people talking so good about Florence. But as well another city I never went to.

Ade: You should, actually Florence is like going back in time 100 years. It’s full of art and the duomo is the greatest part. And also you can find the Michelangelo and of course the food, it’s very nice food like in Spain, you can really enjoy there. It’s a small city but it’s very, very authentic.

Chris: Wow! It seems you’ve been to quite a lot of places already in Europe.

Ade: Not only in Europe, I’m a traveler, I’m a nomad. The more I travel the wiser I get.

Chris: Yes indeed, that’s what they say at least. Well thank you very much Ade.

Ade: Thanks to you, it was a pleasure.

A melting pot is a very international place with lots of different kinds of people. Notice the following:

Ibiza is a tiny island but it has so much to offer.

A place that has much to offer, has many lifestyle choices and fun things things to do. Notice the following:

Thanks for the tip

Thanks for the tip.

We often reply 'Thanks for the tip' when we get good advice about something. Notice the following:

The phrase "Don't be fool' is used to tell someone to stop thinking or acting foolishly. Notice the following:

We use the term 'nomad' to describe people who love to budget travel and live cheaply abroad. Notice the following:

melting pot • much to offer • the tip
a fool • nomad