Yoko talks a little about her stay in the United States and why she went there. 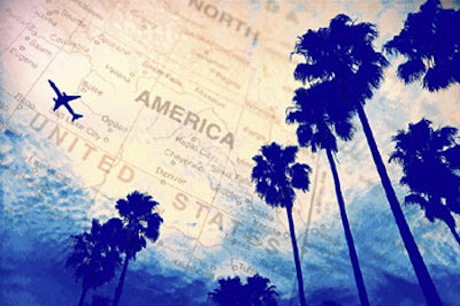 Todd: We're going to talk about your trip to America.

Todd: And what did you do?

Yoko: Actually, I went to Michigan and I worked as a volunteer teacher in public school.

Todd: It was just a small school?

Yoko: Yeah. Small school. So only maybe 200 students I think.

Yoko: Yeah, it was really small.

Todd: Wow, that is small.

Todd: Did you know all the students?

Yoko: I don't think so. I just visited some classes. Yes.

Todd: So what did you think of America?

Yoko: I think it is a great country for many people who wants to try new things.

Yoko: You know, so for example I did not have any special skills to teach, but they let me to work there as a volunteer, and they gave me a great oppurtunity to meet a lot of students, who are really nice I think.

Todd: Ah, OK. I agree. What were your students like?

Yoko: They were really motivated to learn Japanese, but they didn't learn a lot. They just, they just wanted to play with me, from other countries. Who is from, sorry!

Todd: OK. Do you have any special memories from your trip?

Yoko: Yes, I visited lots of places by myself and I was really afraid of speaking English to people there but they tried to understand me, and they helped me a lot and I really think OK, they are lots of people who are nice all over the world.

I went to Michigan and worked as a volunteer teacher.

A 'volunteer teacher' teaches lessons, but does not get paid to teach.  People volunteer to do many things to help people and to gain experience.  Notice the following:

I worked in a public school.

A 'public school' gets money from the government for teachers and supplies. Notice the following:

I think America is a great country.

A 'great country' is a country that is very good in at least one area.  We can put 'great' in front of any noun to show that it is good or remarkable. Notice the following:

I did not have special skills to teach, but they let me work as a volunteer.

'Special skills' are unique abilities that you need to perform a task.  Anything that you know how to do that is not something everyone knows is a special skill.  Notice the following:

I visited lots of places by myself.

When you do something 'by yourself' it means that you do it alone or without someone that you know.  Notice the following:

51 Home away from Home
Kerys discusses the places she has lived.

Complete the sentences with the words below.
volunteer • public • great
special skills • by himself