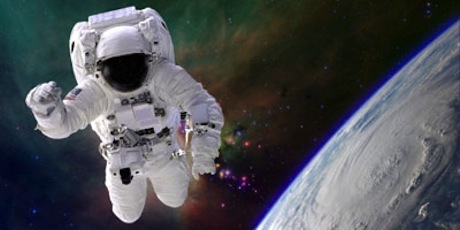 Todd: Ebony, we were looking at the internet and we saw that the U.S. is going to try to put people on the moon, again, in a few years. What do you think about that?

Ebony: OK, about people on the moon, I think it's really cool! I say that as a natural reaction, but I know they've tried it before. I think it would be maybe a good idea economically, but then again not.

Ebony: I mean, because first of all, how are we finacially in the US? What are they doing? I think they are trying to pick up spirits or distract right now with all the other underlying issues!

Ebony: Honestly, when I heard that, I was like, is this some kind of propoganda, some kind of billboard distraction in my opinion, I mean, it's an awesome idea though if you really think behind it, but I don't know if that's what we should be looking at right now.

Ebony: I think eventually it's a great thing, and it does help, and I think it's a wonderful thing to be paying attention to, but I don't know whether it's the right moment for it. But either way, they're doing it, so I think it would be really neat, I mean I've always wanted to say to my, you know, one day my kids, "Ok, let's go to vacation on the moon...I feel like going out to the suite hotel you know.Let's go look at the stars" you know a few meteors passing by, wouldn't that be neat..to say that and really be able to do that someday.

Todd: Gosh, it must be really, really beautiful on the moon. Well, actually, you are very young. I think 20! 20 years old?

Todd: So, do you think that is going to be possible, that...

Ebony: Since I was 10. Since I was 10 years old my father would always say to me, you know, he's about 62 right now, and so, he said, I've seen everybody go from cars to everything and all the advances in technology is so fast, he said, 'I can't imagine when your are my agewhat's it's going to be like for you at the rate technology is advancing.

Ebony: So I thought, "Wow, that's really cool!" I'll be able to do that and I always did. I always thought that and so, in a way too I'm saying, "What took you so long guys?"

Todd: Wow, so that's amazing. You could actually be going for vacation to the moon in forty years

Ebony: Wouldn't that not be cool!

Ebony: The red planet. I don't know about mars. I think the moon sounds kind of cooler not as far.

Ebony: It depends on what they do with travel.

Todd: Yeah. You definitely would need a round-trip ticket.

Ebony: OK, thanks a lot Ebony

They are trying to pick up spirits.

To 'pick up someone's spirits' is to make him feel happier if he is sad or angry.  Notice the following:

All the other underlying issues.

'Underlying' issues are problems that are not really obvious at first look, but exist in a hidden way.  If someone had a bad experience with dogs when she was younger she may have underlying issues about being close to dogs.  Notice the following:

Is this some kind of billboard distraction?

It's an awesome idea.

An 'awesome' idea is a very very good idea.  Notice the following:

You definitely would need a round-trip ticket.

A 'round-trip' ticket is a ticket to a place and then a ticket to return, like a complete circle.  Notice the following:

Complete the sentences with the words below.
picks up • underlying • distraction
awesome • round-trip