Alexandra is going to be a lawyer. She talks about how lawyers help people. 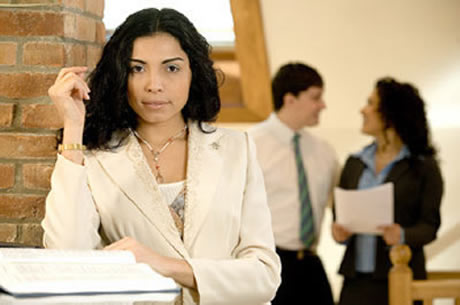 Todd: So, Alexandra, you're going to be a lawyer.

Todd: Now laywers, unfortunately, often have a bad reputation. Why don't you talk about how lawyers are good for society: Why we need lawyers?

Alex: Well, first we need lawyers because most of the time a lawyer will try to settle disputes between parties before it gets to a courtroom. Usually you have one side that has a problem and the other side is also aurgueing another point. So usually a lawyer will try to bring the two sides into their offices and to mediate a dispute before it gets to a courtroom. Another way a lawyer can help a society is usually lawyers can be very expensive, but there are programs out there that help people with less money, not necessarily to get free advice, but they can do it on a sliding scale, or a lawyer can do pro bono work which is free, and can help someone just, sometimes all they need is a letter written to resolve a problem or they just need somebody to go with them to court to explain what is going on, or just explain a lease or some other document for them that doesn't take much time and makes the client feel a lot better and a lot of times lawyers will take up the cause of children. If there is a custody dispute or some sort of bad thing that's happening to a child that needs a visit to a courtroom, the lawyer is there to be the lawyer for the child and no one else can influence the decisions that can be made for the child. It's almost like a protection and many other communitites or other sections of society that don't have a voice can get a voice through a lawyer.

Todd: OK, great and what kind of lawyer are you going to be?

Lawyers often have a bad reputation.

Try to settle disputes between parties.

In this case 'parties' refers to the different groups of people in conflict.  In a court case it is usually between two parties.  Notice the following:

To 'mediate a dispute' is to resolve a disagreement through discussion and compromise.  This can be the two parties having a discussion or sometimes there is a third group that helps the two parties reach an agreement.  Notice the following:

Pay on a sliding scale.

A 'sliding scale' means that the cost of a service changes depending on how much money you make.  This is designed to help the people that don't make a lot of money find the services they need.  Notice the following:

You can get a voice through a lawyer.

Your 'voice' is your ability to express to an authority what it is that you want or need.  Your lawyer speaks for you and therefore is your 'voice.'  Notice the following:

Complete the sentences with the words below.
reputation • party • mediate
sliding scale • voice