Jessica talks about a special date she has with a special person. 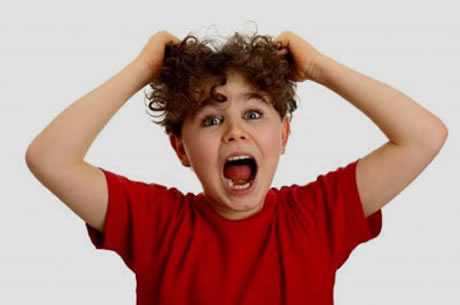 Hey, I'm going to tell you about my wax museum story. Um, so I would go with my little host brother, Javi, on our little dates because he never went into the city, although he lived really very close to the city, he would just never go into Madrid. So, he was always wanting to go, so I would, you know, pack him along and, "Alright, Where do you want to go?" and he wanted to go the wax museum one day. So we go to this wax museum and we were by ourselves in this creepy old building and it was really dark, and there were like a lot of wax, like figures everywhere, and they're full size and you can actually touch them and take your picture with them, but the lighting, it was low lighting, so it was really dark, and it was kind of scaring him, you know cause, at the time he was like 10, or something, so he was going up to all the wax figures and like saying something to them, just to try to like combat his like fear, he'd be like, "Oh, you're ugly" or "Oh, look at the hair on your head" and things like that. So he was insulting all of them, um, you know as you do when you are little, and so he went up to this one not realizing it was a real man, cause the man was standing absolultely still, he wasn't moving at all, and he was like,"and you!" and the guy said, "What about me?" and I swear to God, Javi, screamed like a little girl, and ran at me, and I was like, "I'm sorry, senor. He didn't mean anything by it. It's OK." But he get a chance to insult him, thank God, but yeah it was cute. It was really cute.