Adrienne talks about what she likes to do on Sunday. 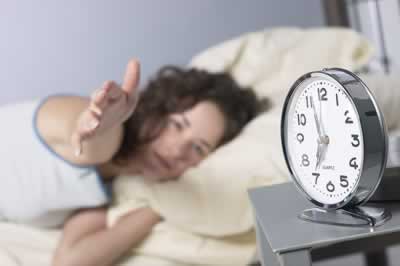 Todd: How are you?

Adrienne: Fine, how are you?

Todd: Good. Adrienne, can we talk about what you like to do on Sunday morning?

Adrienne: Usually, on Sunday mornings, I like to sleep as late as possible.

Todd: Sleep, huh! Like how late do you normally sleep?

Adrienne: It's not terrible. It's good for you. You can catch up on your sleep, from a busy week.

Todd: Yeah, but don't you think you're giving away the best time of the day. Like that's, if you sleep, you give away that time. You're never going to have it back.

Adrienne: But, it's also relaxing which is something that you don't get to do during the week.

Adrienne: Ah, sometimes, if I have an activity planned for the day - errands, shopping, hiking - that kind of thing.

Todd: OK, well, what about food. What do you normally eat?

Adrienne: On Sundays? I like to make an omelet for breakfast, ah, cheese omelet usually.

Todd: What do you put inside the omelet besides cheese?

Adrienne: Mushrooms (Ooh, that's good) and sometimes avocado, if I can find it. It's delicious.

Todd: Do you do this every Sunday?

Adrienne: No, it's not a habit but when I can, when I think of it, when I'm up early enough.

Todd: OK, well, let's talk about last sunday? What did you do last Sunday? Do you remember?

Todd: Packing for what?

Adrienne: To come to Japan.

Todd: Oh, yeah! So where did you come from?

Adrienne: I came from Minneapolis.

Todd: OK. How long was your flight?

Adrienne: Give or take, yeah.

Todd: Did you sleep on the plane?

Todd: So, it was never solid?

Adrienne: No, sporadic. We had a lot of turbulence.

Adrienne: Turbulence is when the plane hits some kind of air pockets and bounces around. You have to put your seatbelt on so you don't get knocked over.

On Sunday mornings, I like to sleep as late as possible.

The phrase 'as ...as possible' is used to show that something is being taken to the extreme. If someone sleeps as late as possible it means that if they sleep later it will cause problems. Notice the following:

It's good for you because you can catch up on your sleep from a busy week.

We 'catch up' on something that we haven't had time to do because we are busy. Maybe during the week you didn't sleep enough and now you are sleeping for a long time to compensate for the fact that you didn't sleep much before. Notice the following:

Do you ever get up early on Sundays?

The time that you 'get up' is when you actually get out of bed.  Notice the following:

My sleep on the plane was sporadic.

If something happens 'sporadically' it means that it is inconsistent or irregular. Notice the following:

Turbulence is when the plane hits some kind of air pocket, and bounces around.

'Turbulence' on a airplane is when the plane moves around a lot because of the weather outside the plane. It feels like the plane is being shaken. Notice the following:

Complete the sentences with the words below.
as possible • catch up • gets up
sporadic • turbulence