Aaron talks about how people vote for their government in Australia. 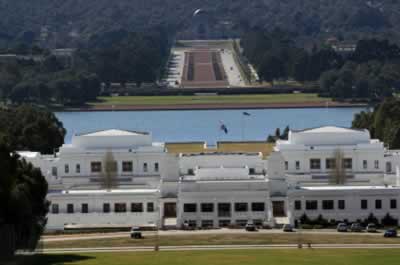 Todd: So, Aaron, how does the government work in Australia?

Todd: And who is the Prime Minister right now?

Aaron: The Prime Minister right now is John Howard, but in November this year there's an election and he might lose his place.

Todd: Is he more conservative or liberal?

Todd: Ah, it's back, it's the other way around.

Todd:OK. Interesting. How long has he been in office?

Aaron: He's been in office now for about 10 years. He's won three elections and this will be his fourth election. In Australia there's now limit to how long you can stay. I know in the states it's two terms for the president. In Australia you can take as many years as you want. The longest serving Prime Minister went for 15 years.

Todd:Now, you're in Japan. Will you be able to vote for your election in Australia?

Aaron: Yeah, I'll be able to vote. I can vote in an absentee vote we call it, where as I can post a vote home, so that's no problem.

We have two major parties. The Liberal Party and the Labor Party.

In this case, a 'party' refers to a political group.

In November this year there's an election and he might lose his place.

To 'lose your place' means that you will no longer have your previous position. We can also used this phrase to talk about a position that you have in a particular order, such as a line.

It's the other way around.

The 'other way around' means that something needs to be in the opposite order to be correct. The situation is currently the reverse of what it should be.

How long has he been in office?

When used like this 'to be 'in office' means to hold a position in politics.

You think Howard will break the record?

When you 'break the record' it means you do something better or longer than it has ever been done before.

306 Sunday
Raphael talks about his day off.