Eli talks about what she would like to do with her life. 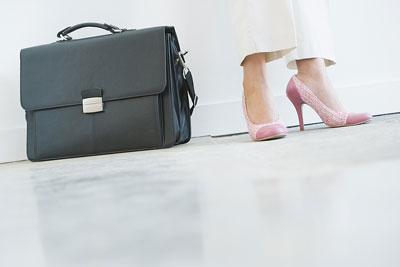 I have a few main ambitions at the moment. I think the first and foremost ones, seeing as I'm in Japan at the moment studying Japanese, would to be actually to be able to speak the language, but I think that's pretty far-fetched ambition at the moment at the rate I'm going. I think to actually learn this language properly you'd have to live here and be studying at least a year to get to know the language and then another year to get fluent, get the speed up, get the slang in, so I mean I think that's one of my life ambitions is to learn Japanese. I can't speak any other languages so just to be able to speak another language would be amazing. I think English, English speaking people have, well, a sort of bad arrogance that everyone else speaks English and so why bother to learn another language. It's not like people in other European countries where, like from a very young age they learn English. They can speak English, maybe French, Spanish, and Italian. Once you got one language under your belt it seems to be a lot easier to pick up other languages. So that's one of the things I'd like to do. My other main wish at the moment, which I hopefully I'm going to turn into a reality when I return home is to actually get a job in the animation industry. I did my degree in that and it's been something that I've, you know, I've been waiting to actually get to the job stage, the job stage for so long now. Before I came to Japan, I was working, but in a graphic design job which is not what I'm actually wanting to do, so I think my, you know, number one wish at the moment, apart from the Japanese, is to actually be there in the industry I want to be working in, working the way I want to work, you know doing what I do for fun, as a job. That's my sort of number one ambition. I mean obviously making money is nice but I think at the moment the most important thing in a job is, you know money shouldn't be the first thing, you should really enjoy what you're doing. I've always said I'd never want to work in an office where you have to wear a suit, where you have to be constricted and constrained. You know I want to have my offices, sort of I mean, the environments I've, the work environments I've seen so far through friends and what I've worked in myself is pretty similar to how I think it should be: a group of more friends than colleagues working together on something they're passionate about. I think that has to be my main aim in life.

I think that's a pretty far-fetched ambition at the moment.

When something is far-fetched it means that it is very unlikely to happen.

English speaking people have, well, a sort of bad arrogance that everyone else speaks English and so why bother to learn another language.

When someone is 'arrogant' it means that they think they are more important and better than other people.

Once you got one language under your belt it seems to be a lot easier to pick up other languages.

When you have something 'under your belt' it means that you have gained experience of that particular thing.

turn into a reality

My other main wish at the moment, which hopefully I'm going to turn into a reality when I return home.

'Turn into a reality' means to make a dream or desire become real.

When you 'constrict' something it means that you you have a tight grip on it and do not let it behave in a natural way.

361 Food
Eli talks about her love of food.