Michael talks about how he met his wife. 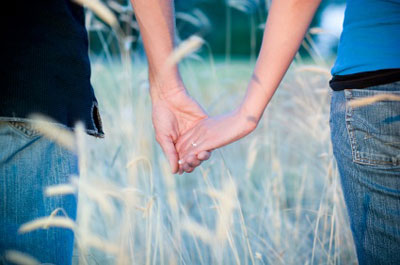 Mike: Yeah. yeah. We met a long time ago. We've been married a lot of years, now.

Todd: How did you meet actually?

Mike: Oh, gosh, we back when we were both students, at Arizona State University in Tempe Arizona, and I had volunteered to be one of the tour guides for new students, foreign students who just coming in for that school year, and it was the end of August, and it was very steamy, a very hot day, and I remember I met the students, there were maybe four or five of them at the Student Union for this walking orientation tour of the campus. It's a beautiful campus, by the way, and so, you know, I remember she was sitting on this bench and I went and, you know, she smiled at me and I smiled at her, and there was some kind of spark.

Mike: There was a connection. There was a connection there, and I, you know, we went on this walking tour of the campus and when we were you done, you know, I kind of reluctantly, sort of said goodbye to her and the rest of the group, and you know, kind of said, see you around, and I think the next day even, she went found out who I was and where I worked and she dropped in my office.

Mike: It was very cool. Very romantic. You know the funny thing is, that particular bench, where we met, on our anniversary, 20th anniversary, we went back to the campus (no way) where we met and we took a picture of ourselves on the same bench because this is where we first met.

Todd: What a great story.

Mike: It was very cool to go back there.

Todd: So, in terms of your personality, how are you guys similar?

Mike: How are we similar? Oh, man, I think we're more different than anything. I think our biggest similarity is that we're both so different, in other words that we're both very tolerant (yeah) of people who are different and so we, you know we kind of get along. We have an understanding that's we're going to misunderstand each other most of the time.

Mike: But we sort of approach that with a kind of humor and flexibility so I think that's what makes our relationship work is that we got that kind of agreement.

Todd: So you think that's the key to any successful marriage?

I had volunteered to be one of the tour guides for new students.

To 'volunteer' is to do work to help people without getting paid for it.  Notice the following:

She smiled at me and I smiled at her, and there was some kind of spark.

In this case, a 'spark' refers to a feeling of attraction between two people.  This happens if you like someone romantically.  Notice the following:

I kind of reluctantly, sort of said goodbye to her and the rest of the group.

If you are 'reluctant' to do something, you don't want to do it or resist doing it.  Notice the following:

We went back to the campus where we met and we took a picture of ourselves.

To 'take a picture' is to use a camera to take a photograph.  Notice the following:

We're both very tolerant of people who are different.

To be 'tolerant' of something is to accept it without making judgments.  Notice the following:

Complete the sentences with the words below.
volunteer • spark • reluctant
picture • tolerant