Shona discusses three artists she likes and what she likes about their artwork. 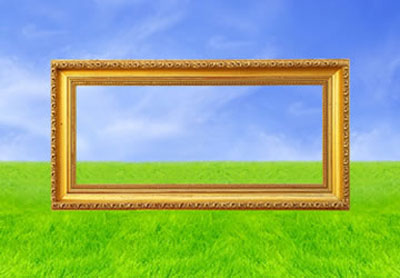 Todd: Shona, do you have any talents or interests like art or music or cooking?

Shona: Yeah. Actually, I really, really enjoy art. I like to sort of study different artists and look at art from the past, but I also paint myself so I like to go to art galleries and exhibitions and get inspiration for my own work.

Todd: That is cool. So, speaking of artists, what are three artists that you really like?

Shona: OK, well, my first all-time, absolute favorite artist is a guy call Fred Tomaselli. He's this American guy, and he's only been painting now, or making art for like maybe like eight years or something. He's quite new, but his paintings are like so amazing. He will like build up an image, like over layers. OK, so he'll have ten layers built on a canvas. He'll have layers of red in, but sandwiched in between them, he will like create an image, like a collage if you like made of different things, so he will include like dried flowers, like flowers cut out from magazines. He will use images of the human body taken from like magazines or whatever. We will also use like pills, like pharmaceutical drugs and stuff, like sort of all smashed up and he'll use them and he'll create these amazing like 3-D images, like over these like layers that are all built up so you're standing in front of it, and they're big. They're like seven-foot by four-foot and it's just amazing. It's so like 3-D and it makes such an impact. The images themselves will be of things like maybe birds, maybe like he's done human images like Adam and Eve, like in the Garden of Eden, and he's done things like this drummer cause he's like really influenced by like music and American Punk music, so he's got like a drummer with like six hands like all going to different drums and they're just the most amazing thing you've ever saw in your life, so he's like my absolute favorite artist, and I also really like.... I like Edvard Munch who is a Norwegian artist and he does like... and he's like incredibly famous, and he does like kind of like skewed images of like... his most famous is called "The Scream" and it's like a person with like his screaming obviously. There's a bridge in the background. It's all very colorful.

Todd: Right. That's the one that was stolen recently, wasn't it?

Shona: Yeah, it was. It was stolen. Yeah.

Todd: Did they get it back?

Shona: They did. They got it back. They found out who done it, so it's back where it belongs in the museum. Yeah.

Todd: Was the painting damaged?

Shona: I don't think it was, no. It was a professional, like it was stolen by someone professional who was like hoping to sell it on the black market, so it wasn't that damaged.

Todd: Yeah, you would think it would be hard to sell.

Shona: I know, exactly but then people would know it was stolen but they'd want it so badly they'd pay the price for it.

Todd: That is an amazing painting. So, anybody else?

Shona: Yeah, I've got like... there's loads of artists I love. There's also this guy called Stuart Davis who is another American, and he was very famous kind of in the 1950's so he done kind of like commercial like paintings, drawings for different things like Lucky Strike is one of his famous ones, where he's like done a commercial for the cigarettes, Lucky Strike. He uses like very bold colors. It's kind of like a transfer over from the Pop Art like era and he uses lots of different images like built on top of one another, like it's kind of chaotic to look at but that's the kind of art I like because you can like dissect it and there's lots of different things there to look at which I think is the most fun thing about different art.

'My first all-time, absolute favorite means' the one thing that you prefer above any other. In this case it refers to Shona's favorite artist.

He will also use pills and pharmaceutical drugs.

'Pharmaceutical drugs' are medication that you can only take when they are prescribed by your doctor.

They will be all smashed up and he'll use them and he'll create these amazing like 3-D images.

When something is 'all smashed up,' it means that it has been broken into very small pieces. In this case, it is something intentionally broken.

He's done human images like Adam and Eve in the Garden of Eden.

Adam and Eve are two religious characters from the Old Testament book of Genesis. Some religions think that they were the first man and woman on earth.

It was stolen by someone professional who was hoping to sell it on the black market, so it wasn't damaged.

The 'black market' refers to illegal trading and selling.

779 Vision Concerns
Mike talks about why he has limited eyesight.
﻿
INT 5
Shona

777 More running
Shona and Todd talk about what keeps them running.
﻿
INT 5
Shona

776 Running
Shona and Todd talk about their shared passion for running.

Complete the sentences with the words below.
all-time • pharmaceutical • smashed
Adam • market