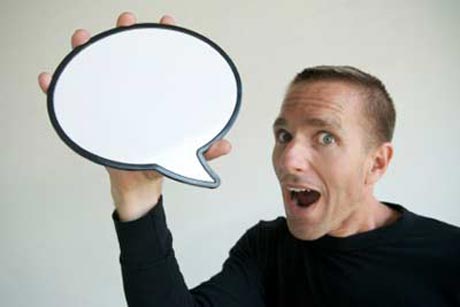 Free Worksheet
Printable PDF
Audio File
Free MP3
Tom: Jess, you were talking before about mistakes that your Hungarian students always made, and how some students from the same country all make the same mistakes again and again and again. Well, I work here in Thailand and they have a very cute phrase, "same, same" which I think means to describe something as being the same as something else, I spend five - ten minutes talking to a student explaining that instead of using same same, she should use "the same as" and I was trying to get this phrase over to her and finally she understood what I meant and she looked at me and said, "Ah, same as same same same same".

Jess: In Spain I think the most common mistake was that in Spanish the noun people is a singular noun. You would say "le gente es" so when my Spanish speakers would use this noun they would always say, "Oh the people is very hungry" or "the people is very quiet" and I spent most of my time in Spain going "are - are -are" after these, the people even upper intermediate, advanced learners will still making that mistake.

In France, one very common mistake was the pronuciation error. The sound "Th" at the beginning words, for example, "there" or "those" that the French would pronounce with a zed sound, so "zere" or "zose" and I was very reluctant to correct it because it's such a sexy accent and it sounds so much more gorgeous with the French "ZZ" but I did have to correct it and I was always in France sticking my tongue out of my mouth to emphasize to them that there tongue needed to be forward to their teeth to make the correct sound.

You said you worked in Libya. What were the common mistakes for Libyan students?

Tom: One that always made me smile was when a cheery student or the security guard at the school or people that I met around the compound where I was living would give me a cheery wave and say "How are you? I'm fine" and it took me a good month or two before I realized that in Arabic the question and answer to go together. It just sounds strange in English. I thought they were jumping the gun by answering their own question.

Jess: Sounds like they were talking to themselves. And how about in Japan?

Tom: Now, Japanese have another common phrase which I think it used both in Japanese and because it comes from English they use it in English to. It's "so-so". I'm not quite sure when you might use it. It's when things are not quite good, not quite bad, so if you say, "hey, how are you doing?", they will say "so-so" or if you say, "Hey, how's your food?" they'll say, "so-so". It's not English and the first few months I had of hearing that, I really couldn't quite work out. I understood the meaning, but I knew that it was not something I would ever say, but the difficulty there is trying to think of a good alternative. It's that kind of non-commital, I don't really care answer. I like strong opinions. I love it. I hate it. Let's leave this so-so.

Jess: I agree. It's like over use of the adjective nice. It just sounds really bland.

It is a very cute phrase.

A cute phrase makes us smile when people use it though the grammar may be terrible. Notice the following:

get a phrase over to somebody

I spent a minute trying to get the phrase over to her.

To get a phrase over to somebody means to make them understand the meaning. Here are two samples:

The noun 'people' is not a singular noun.

A singular noun talks about one person or thing. Notice the samples:

It sounds so much more gorgeous.

Gorgeous means very beautiful. It's generally used for things we can see and rarely used in the comparative.  For things we hear, 'beautiful' is a better choice. Here are two samples:

stick my tongue out

Sticking my tongue out of my mouth was not a good idea.

When we stick our tongue out, we move it out of our mouth, past our lips. Notice the samples:

He's non-committal about the project.

When we are non-committal, it means we cannot or will not make a decision about something. Notice the following:

Complete the sentences with the words below.
cute phrase • get the phrase • singular noun • gorgeous • tongue out • non-committal