Adelina talks about the education system in her country and what disappoints her about it. 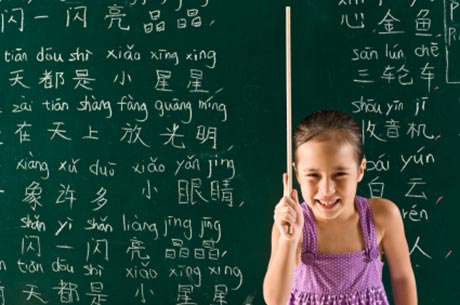 Chris: So Adelina, I guess it's not polite to ask a girl for her age, but you must be more or less like me, 31, you're in your early 30s or maybe a bit less?

Chris: Wow! Well you wouldn't say that. Well, what's your profession, what do you do?

Chris: Oh wow, translator. And how long do you have to study for that, let's say if you want to become a translator, how many years of study is that?

Ade: In that time it was five years, but now I think they cut it one year, so now it's only four.

Chris: But you did five?

Ade: Yeah, I did five plus another year because I did a specialization master.

Chris: Oh right. And you did this in Spain?

Chris: The formation, I mean the study.

Ade: Well the study, the university, I did it in Granada. It's one of the best school of translators and interpreters that we have here in Spain. But the master, I did it in London.

Ade: I don't know, I'm not into that anymore. But I don't think it's good, I don't like it, no. No, because I think there are so many things that needs to be changed because we need to improve our education system with the time. We are in a technology era, okay, so I don't think they need to learn ... I don't know, the Second World War, you know, because it's not useful anymore. So I think there is a lack of languages in Spain. People don't speak languages at all, so they should focus a little bit more in teaching the kids how to speak another ... more foreign languages, you know. Plus, I think also there is a lack of ... make the kids unique. So you cannot teach everyone the same thing because each person has potential and special skills. So I think the teacher shall be know a lot their students and focus on their abilities and their skills and try to grow them, to make the kid be ... I don't know, but more talented, more creative and this world will be much better, I think.

Chris: Yeah, it's true. Parents only want the best for their children and they choose for their children. And when you talk about teachers, I mean teachers as well, they don' t... I don't think they care the most, I mean maybe in their first year, but when they are 10 years in teaching, I don't think they will really focus on one kid and saying, "Let's go talk to their parents because this kid really has to do this or that."

Ade: Yeah, I don't know, lately I see a lot of news that the children are aggressive and is the poor situation of the teachers,they become like victims. But I think also that if the teenagers are aggressive it's because they feel lost, they don't know what to do with their lives. And that becomes frustration, and with the frustration comes the aggressive attitude, you know.

Chris: Yeah. Well it's only now if you look in Spain, as you say, on the other hand people study ... parents put a lot of money in their kids to study and have their diploma and then finally they graduate, but there's no job or maybe shall we leave that for another time, this discussion?

Ade: Yeah. But the thing is that it's too much theory and not practice. So they need to practice what they're going to do in the future you know. But I cannot save the world, so this is a topic, it really, really get out of my nerves. So yeah, as you said, maybe just stop in this point.

How long do you have to study for that, let's say, if you want to become a translator.

We use the phrase 'let's say' to introduce a possible, but unreal situation. Notice the following:

They cut it one year.

Here, cut means to reduce or shorten. Notice the following:

We are in the technology era.

An era is a distinct time period in history. Notice the following:

They only want the best for their childen

When you want 'only the best' then you expect high standards. Notice the following:

what to do with your life

They don't know what to do with their lives.

This phrase refers to one's life plans. Notice the following: