Mark talks about going to live in the wildernes as part of a vision quest, which is a Native American rite of pasage. 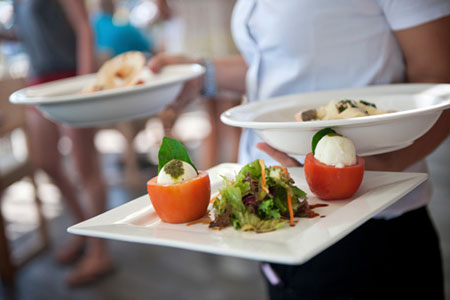 Sorie: So, Mark, tell us about your experience when you lived in the wilderness.

Mark: It was for a really short time. It was part of a Master's program, and part of the master's program was to go into the wilderness, and I guess it was based on a Native American vision quest.

Mark: I guess a vision quest is when you - it's like a rite of passage, like a ritual where you leave where you were, at that place in your life and you enter a space which is kind of fresh or allows for the next stage to manifest almost, so you enter that threshold, that vacant space between and perhaps in that time, you're gonna, you might have a vision, or you might not but when you come out the other side you're probably, most likely, going to be a little bit different than when you went into it.

Sorie: So, tell me about the beginning. What was your feeling towards this experience?

Mark: Oh, I was super excited. Before I went I … they recommended like not drinking caffeine and things like that, in preparation for going there because … and sugar even because those little things have such control over our every day, that if we're suddenly fasting when we're in the wilderness, then if we loose that caffeine and sugar it's gonna like … maybe get headaches or something like that, so I prepared by dropping the caffeine and the sugar and even before I went, I noticed like clarity coming that wasn't there even before I went.

Mark: Yeah, with my wife, I also did a mini-fast, which was for one day

Sorie: OK, and after that, you went to this … the wilderness in Colorado. Can you tell us how this place looked?

Mark: It was dry, and we took a long time to get there in the car. It was about four hours from a place called Boulder, which is a town there. A long drive, lots of fun, talking in the car, singing, and then we arrived and the air was dry and we had a dodgy map and eventually we found the place and it was quite high - the altitude - I can't remember exactly how high it was but it was quite high, not far from the snow line but it was summer, and it was a forest and we were staying in this Aspen woodland. That's where we were camping and the land was privately owned so that allowed for security and peace of mind.

Sorie: And how many days were you there?

Mark: In that space camping, on that land in total I think it was ten days of which three and a half were alone

Sorie: And did you have any food? What would you eat every day? and drink?

Mark: Well, when we were together - it was about ten, eleven other people - so when we were together with those people, we brought all our own food in, and we were kind of paired up, so each pair would make a certain meal every day, and we would eat kind of communally, and in those three and a half days, as part of the vision quest, there was not going to be any eating at all.

Sorie: Were you afraid something would happen in the wilderness?

Mark: No, I really like being in the wilderness.

Sorie: Wow, yeah, it sounds very daunting really. I wouldn't be able to do what you did.

Mark: Would you have been scared?

Mark: I don't think I would have been able to do it, so I am very happy for you.

Learn vocabulary from the lesson below.

The vision quest is a rite of passage.

A rite of passage is a time marking an important time in a person's life. Notice the following:

We had a dodgy map

Dodgy means unreliable, or not trustworthy. Notice the following:

That allowed for security and peace of mind.

When you have peace of mind, you do not have worry or stress. Notice the following:

We were kind of paired up.

Pair up means to get in pairs, or twos. Notice the following:

rite of passage • dodgy • daunting
pair up • peace of mind

#1306 Surviving the Wild
Going into the wilderness.
INT 4
Madina

#1302 Change of Climate
The affects on the climate.
INT 6
Aimee / Paul