Spencer talks about her dream house and features that are important to her.

Curtis: All right. So Spencer if you could design your dream home, what would it be like?

Spencer: I know exactly what it would be like. It would be all wood, old-style beach house on the ocean and on the sand. So it would have ocean front porches all the way around. The biggest thing is the porches because I don't really care about having, you know, massive extra rooms for guests or whatever like I want to be able to be outside. Like being outside is big for me.

I love screened-in porches as well. So that and a library. I'm a huge kind of book nerd, so I would love to have just a library with lots of different shelves and, you know, a couple of desks for studying. That's the dream home for me. What about you?

Curtis: Actually, I'm wondering about the outside. Would you paint the house or would you just leave it the natural wood color?

Spencer: I want a natural color. There's an island south that's all kind of pastel Easter egg looking colors and it's too much for me. Also too like all the beach houses in LA, they're all kind of too tacky for me. Like I don't know. I like kind of the old look kind of traditional style. 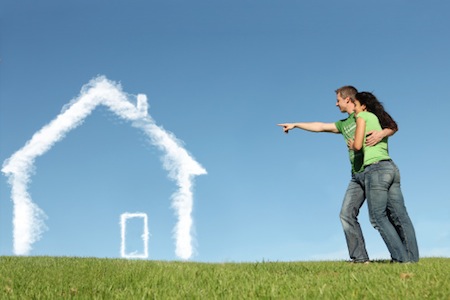 Curtis: Do you think you would use natural wood on it or a different material? I know that the beaches are really tough on the siding and paneling.

Spencer: That is true.

Curtis: Okay. What would th e kitchen be like in your dream house?

Spencer: I'm not much of a cook but I hope that my future husband is. So I would like to have a big kitchen for him. Lots of table space. I want one of those islands, you know, in the center of a kitchen where there's a marble countertop that has, you know, a couple of sinks and the ability to kind of put multiple different parts of vegetables or fruits out and about while you're cooking and preparing.

Yeah. I'd also like kind of a bar counter space as well so that people kind of pull up a chair and maybe help cook or maybe just be there for company while you're cooking.

Curtis: And how about your living room, do you have any ideas for that?

Spencer: Living room mainly just comfort. My parents had a living room in their house but it was all just really nice antique furniture and we were never allowed to go there. So it's kind of like what's the point of having a room in a house that you never go into?

So I would like a living room, yes, maybe with a fireplace and some antique furniture but nothing too nice that, you know, my child or my dog were to come in from outside could really like mess up.

Curtis: And how about your yard, do you have any ideas for a yard around your house?

Spencer: I want a lot of dogs. So I would like a big yard that they could be able to run around in, as well as if I have children, like have enough room for them to be able to, you know, slip and slide. So, you know, one of my best friends back home she had a yard that had a creek in it. And that was so much fun like growing up being able to like catch different, you know, creepy-crawlies in the stream as well as have a messy or muddy day if we wanted to.

Curtis: And how about the bathroom?

Spencer: I want a massive bathroom actually. You know, my favorite shower in the world has like five or six different faucets and it's just massive. That gives you space. I'm kind of a clumsy person, so if I fall down I don't want to be able to, you know – I don't want to hit my head on anything.

I also like a big Jacuzzi bathtub. My grandparents have this really, really, big old porcelain tub that I swear like five people could fit into. So I'd really like to be able to have a big bathtub.

Being outside is big for me.

When something is 'big for you' then it is very important for you.

Note: You can say 'huge for me' and the meaning is the same.

The beaches are really tough on the siding and paneling.

The siding is the outside material that covers a house or building.

pull up a chair

Please pull up a chair and join us.

When people ask you to 'pull up a chair, they are asking you to join them. Notice the following:

I want cheap furniture you cannot mess up.

When you mess something up, you damage it or make a mistake doing it. Notice the following:

There is a slip and slide in the yard.

A slip and slide is a plastic sheet (slide) with water on in that you run and slide down. Notice the following:

My grandparents have this really, really, big old porcelain tub