Matt answers questions about music and talks about his singing ability. 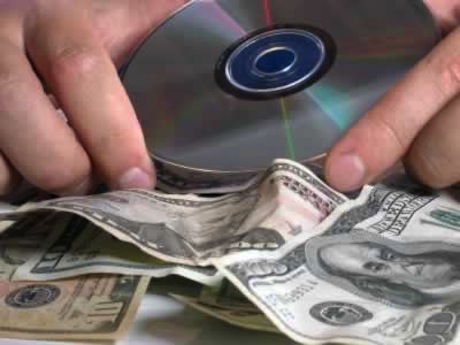 Todd: OK. Matt, we're back. We're gonna talk about music. What is your favorite kind of music?

Matt: My favorite kind of music is alternative music. Generally, I like all types of music apart from country music.

Todd: I'm the same way. I hate country except for Johny Cash.

Matt: Yeah. The older country is good but the newer, I don't like the newer stuff.

Todd: Yeah. How expensive are CDs in your country?

Matt: Well, a brand new CD is probably between about 15 and 20 dollars. Yeah, but you can find used CDs from anything to a dollar to.. you know, 20 dollars I guess, depending on the CD. So you can find cheap CDs.

Matt: No, I don't. Although, when I was a kid I played the piano and a little bit of the guitar but I've long since forgotten all of that.

Todd: Usually, you pick up the guitar and you don't
stop playing it.

Matt: There was no talent.

Todd: Do you go to concerts?

Matt: I go. I really enjoy going to concerts but I like to go to small venues. Small shows. I don't like those big stadium shows where you need binoculars just to see the stage.

Todd: Yeah, I agree. And the last question, most importantly, do you sing in the shower?

Matt: Of course I do. Yeah, every chance I get.

Todd: Wow, what kind of songs do you sing?

Matt: Oh, wow! I guess anything that's in my head, the last thing I heard I guess.

Todd: Can you sing something right now?

Matt: I don't think so. This isn't a shower.

My favorite kind of music is alternative music.

'Alternative music' first developed in the 1980s and became really popular in the 1990s.  It is independent music that comes from punk rock.  Notice the following:

Generally, I like all music, apart from country music.

We use the phrase 'apart from' when we want to give an exception to a general statement that we have given.  Notice the following:

(anything) in my head

I sing just about anything in my head.

When we have a song 'in our head' we are singing it to ourselves inside of our mind.  Usually we say this when the song keeps repeating over and over again.  Notice the following:

have long since forgotten

I used to play the piano, but I've long since forgotten that.

If we have 'long since forgotten' something it has been a long time since we have done it and now we can't remember how to do it.  Notice the following:

sing in the shower

I sing in the shower every chance I get.

When you 'sing in the shower' you literally sing a tune while you are taking a shower.  Many people do this because the voice usually sounds better in a small place like a shower.  Notice the following:

alternative • apart from • in my head
long since • sings in

25 Mr. Baseball
Kevin talks about how baseball is a family tradition.
﻿
INT 5
David

23 Music and Such
Matt answers questions about music.
﻿
INT 4
Jessica

21 English Village
Steven talks about the village he is from in England.