Kevin talks about how he comes from a family with a rich baseball tradition. 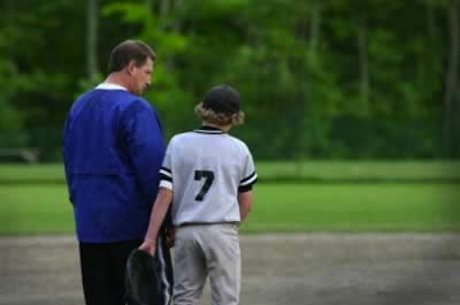 Kevin: Well, my favorite sport is baseball. Obviously, I grew up and my father was a baseball player so I was always around baseball.

Todd: You mean your father was a player in the Major Leagues?

Kevin: Yeah, exactly. Not only was he a player in the Major Leagues, he was fortunate enough to play in the World Series twice with the New York Mets.

Todd: Wow, that's great. Did you play baseball yourself?

Kevin: Yeah, I played baseball pretty much my whole life up through college and university.

Todd: OK. Why did you stop?

Kevin: Well, it wasn't exactly by choice. I wasn't drafted high enough in professional baseball to.. in order for me to sign, so I ended up retiring from baseball and pursuing other things.

Todd: OK. Great. Do you like any others sports?

Kevin: Yeah. I actually, I enjoy all competition. You know I enjoy the other typical American sports of basketball and American football and so on, but I also try to learn about and enjoy the national sport of the countries that I'm in. For example now I'm in Japan and I've actually gotten quite into Sumo wrestling.

Todd: Nice. Have you ever seen a sumo match live?

Kevin: Yes, I have. I've been to two sumo bashos as they call them, or matches in Tokyo.

My father was a baseball player, so I was always around baseball.

If you are always around someone or something it is a big and important part of your life. Notice the following:

My father was fortunate enough to play in the World Series.

If you are 'fortunate enough' to do something you are lucky to have an special experience.  Notice the following:

I played baseball up through college and university.

The phrase 'up through college and university' means throughout the whole time you were in those places.  Notice the following:

Now that I'm in Japan, I've gotten into sumo wrestling.

When you 'get into' an activity or a topic you become interested in it and direct your energy and attention toward it.  Notice the following:

Have you ever seen a sumo match live?

To 'see something live' means to go and watch it happening in front of you instead of on television.  Notice the following:

around • fortunate • up through • get into • saw a live

25 Mr. Baseball
Kevin talks about how baseball is a family tradition.
﻿
INT 5
David

23 Music and Such
Matt answers questions about music.
﻿
INT 4
Jessica

21 English Village
Steven talks about the village he is from in England.