Tim is from Oregon. He explains it is such a good place to live in the U.S. 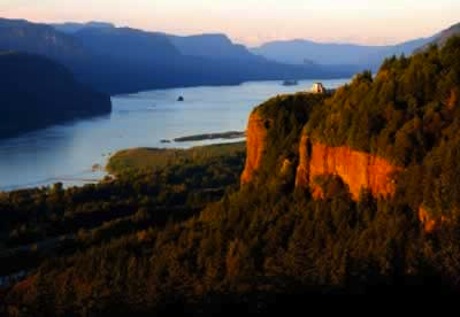 Todd: Doing pretty good. Could you introduce yourself please?

Todd: Oh, nice. You're from Oregon.

Todd: OK, and were you born there?

Tim: Yes, I was born there.

Todd: Oh, really? Did you ever live in any other states or..?

Tim: I lived in Wyoming for a really short time.

Tim: And, I've lived in California for a short time too.

Todd: OK. Of those three states, which one is the best?

Tim: It's got lots of nature. It's really beautiful, I think in the United States probably Oregon and Washington state are the most beautiful.

Todd: Wow! Well, what about Wyoming?

Tim: Wyoming is nice but it is really dry. And it's really sort of dark.

Tim: Yeah, too many people.

Todd: All right, Yeah. OK. Thanks a lot.

We can give the answer 'doing pretty good' when we are asked how we are feeling.  Technically this is not grammatically correct, but it is very commonly used.  Notice the following:

Could you introduce yourself, please?

When we 'introduce ourselves' we say our name and maybe a little bit about ourselves, like where we are from or what hobbies we have.  Notice the following:

I lived in Wyoming for a really short time.

Of those three states, which one is the best?

We use the phrase 'of those' to refer back to some different options that were stated already in the conversation.  We use this phrase so we don't have to repeat what has already been said.  Notice the following:

Oregon and Washington State have lots of nature.

'Nature' is natural aspects such as trees, lakes, rivers and animals.  There is 'lots of nature' in a natural place.  Notice the following: