Marika talks about the three main cities of Canada. 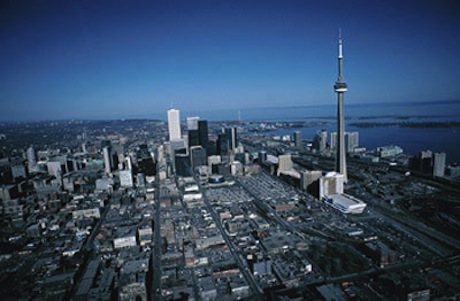 Todd: Marika, what is the best city in your country?

Todd: Why is it so special?

Marika: I think it is special because it has a lot of history, and a lot of old buildings and it feels like Europe but there is still a lot of modern things going on, and the French Canadian culture is there, very multi-cultural. It's got a lot of different things going on.

Marika: I think it is about 3 or 4 million people.

Jamon: OK. And what other cities are good in your country?

Marika: I think Toronto is a good city just because it is my hometown. There's not many big cities in Canada, but I also like Halifax, which is on the east coast of Canada. There's really strong Celtic culture on the east coast. Lot of the descendants are from Ireland or Scotland, so it's interesting.


I think Montreal is the best city in my country.


The 'best city' in a country is one that is better than the other cities.  It may be the most exciting, the most beautiful or the most interesting.  Notice the following:

I think Montreal is special, because it has a lot of history.


Something that is 'special' is important and different in a good way.  Notice the following:

modern (things) or going on


It feels like Europe, but there's a lot of modern things going on.


If a place has a 'strong culture' it has a many traditions and a strong history.  In this case, the traditions are Celtic.  The 'coast' of a country is where the land stops and the water starts.  The 'east coast' is the side of the country on the east, or the right side if you are looking at a map.  Notice the following:

A lot of the descendants are from Ireland or Scotland.


'Descendants' are people that come from your ancestors.  In this case, many people on the east coast of Canada are the children or grandchildren of people from Ireland or Scotland.  Your children will be your descendants.  Notice the following:

72 Driving
Getting a driver's license in the U.S.
﻿
BEG 3
Marika