Tara talks about her boyfriend and what it is about him that she likes. 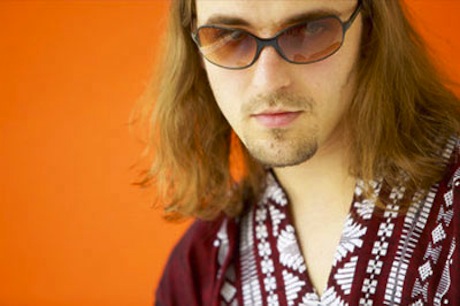 Todd: OK, Tara, why don't you tell us about your first boyfriend?

Tara: OK, my first boyfriend, I met in my hometown. He's called Barry. He's my first real boyfriend. Yeah, I met him at a bar. Yeah, I had a bit of a crush on him when I was younger and then, yeah, we met a club one night and it carried on from there.

Todd: Oh, that's nice. So what was it about Barry that attracted him to you?

Tara: He's very good looking. He's tall and he had a beard. I like beard.

Todd: OK. Are you still in contact with him?

Tara: Yeah, yeah, yeah. At the moment he's traveling. He's in India but, we're so young, so we often like, separate to go traveling , and then get back together again, because I'm only 24 and he's twenty five, and we have a serious relationship but, we don't wanna, you know, stop doing our own things in life.

I had a crush on him when I was younger.


When we romantically like someone, often in a simple way when we're young, then we have a 'crush' on them. Notice the following:


We met at a club one night and we carried on from there.


To 'carry on' is to continue doing something, in this case they continued the relationship from there.  Notice the following:


'Stubble' is very short hair on the face that is rough if you touch it.  Notice the following:


We're still young, but we have a serious relationship.


A 'serious relationship' is one that has a possible future in marriage, it is not just dating casually or for fun.  Notice the following:

79 The Boyfriend
Tara shares why she likes her BF.
﻿
INT 4
Chris

77 The Gym
Yoko shares how she stays in shape.
﻿
BEG 3
Marika

76 The Weather
Marika talks about the day's weather.