Keith answers the questions, "What would you do with a million dollars?" 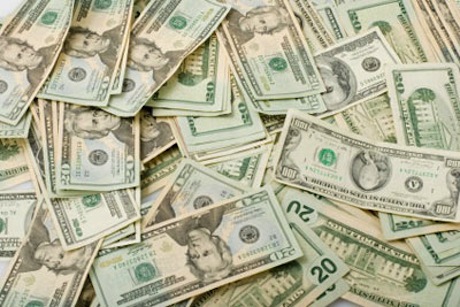 Keith: Well, first thing I'd do, I'd probably buy a nice house for me and my wife.

Todd: OK, where would this house be?

Keith: Oh, I don't know. We'll have to talk about that with the wife but probably somewhere near Tokyo.

Todd: OK. Would yo buy a house in the city or the country?

Keith: Well, a little further out of the middle of Tokyo.

Keith:Yeah, in Japan, but some place not too crowded.

Todd: OK, would you have animals at this house?

Keith: Not if I could help it.

Keith: Well, maybe a dog, but an outside dog.

'Somewhere' is a non-specific place.  In the example, we are talking about a place near Tokyo, but we don't know the exact location.  We can use this word to give a general location.  Notice the following:

Would you buy a house in the city or the country?

'Country' is the opposite of the city.  It is a place where there are animals, trees, farms, rivers, and many other natural things.  Notice the following:

Well, a little further out of the middle of Tokyo.

Some place not too crowded.

If a place is 'crowded' it has a lot of people in it.  Usually in crowded places it is difficult to move because of all the people.  Notice the following:

Well, maybe a dog, but an outside dog.

An 'outside dog' is a dog that lives outside of the house, maybe in a small dog house or a kennel.  This would be a dog that could live in different types of weather, rain or snow.  Notice the following:

somewhere • country • further out
crowded • outside

104 Finland
Keith talks about his stay in Finland.
﻿
INT 4
Howard

103 Motorcycles
Howard is a motorcycle enthusiast. He talks about his bike and hitting the road.
﻿
BEG 3
Keith

102 A Million Dollars
Keith answers the questions, "What would you do with a million dollars?"
﻿
BEG 3
Nicola

101 Home
Nicola describes her home back in Australia.