Jason gives some travel tips for people going to London. 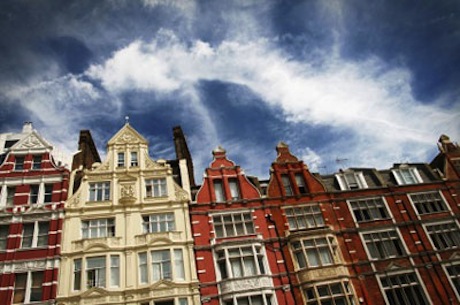 Todd: Hello, Jason. You're from England. Uh, where are you from in England?

Todd: Oh, cool. South London. Why don't you talk about that for awhile.

Jason: OK, well, London is a little bit colder that Japan, it's a little bit more expensive as well, so it is kind of nice to come here and spend my money.

Todd: So actually, you said South London right? Is that where Wimbleton is? South London?

Jason: Yeah. South London isn't famous for much, really, apart from rude people like me.

Todd: So what's the difference between South London and West London and North London?

Todd: So your accent is South London.

Jason: My accent is South London, yeah. Someone from North London would sound completely different from me, and West London and so on, so.

Todd: So is South London the best place to live?

Jason: Oh, yeah, of course. Actually, Central London would be but it is way too expensive, kind of like Tokyo.

Todd: OK. Were you born in South London?

Jason: Yeah, I was born in South London. Yeah. But, you know, I've been everywhere in England, so and believe me there's a lot of different places, everywhere is different, so .

South London isn't famous for much.

A person or a place is 'famous' when a lot of people know about it.  A person or place can be famous for good or bad reasons.  Notice the following:


South London isn't famous for much apart from rude people.

'Other than' is another way to say 'apart from.'  The example sentence means that South London is famous for rude people and nothing else.  Notice the following:

Your 'accent' is the sound of your voice when you speak.  Even though people different parts of the world speak the same language they have a different accent because of where they are from.  Notice the following:

How you 'act' are your actions, what you do, and your personality.  Notice the following:

Believe me there's a lot of different places.

'Believe me' is a way to say 'trust me' or "I'm telling the truth."  Notice the following:

140 Visual Arts
Jason is a digital artist. He talks about his art and web site.
﻿
INT 4
Nicola

138 China
Phil talks about his stay in China and the famous places he visited.
﻿
BEG 3
Jason

136 Laos and Thailand
Phil talks about his travel in Southeast Asia.