Kate talks a travelling the places she plans to visit. 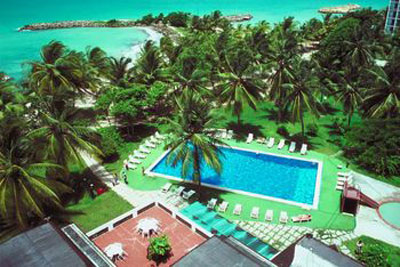 Jessica: So Kate what is, what's this future trip? What are you gonna do next year?

Kate: Next year, so when I leave Japan, I'm going back to Australia to work for another 8 weeks and then I'm off to New Zealand to see the rest of New Zealand and then Fiji and then, and then it'd be nice there cause I get to spend some time lying on the beach and then go to the Cook Islands.

Jessica: OK, so after that point you don't know where you're gonna go?

Kate: No, I don't know where I'm gonna go. Probably, probably I'm gonna head towards Canada because one of my best friend's immigrated there so I'd like to see him.

Jessica: Wow, so how long do you think you're going to be traveling for then?

Jessica: For three years. Wow, so now, do you have, like a plan after that or?

I'll go back to Australia to work, and then I'm off to New Zealand.


'Off to' is an informal way to say 'going to' or 'leaving for.' Notice the following:

I want to see the rest of New Zealand.

If you want to see 'the rest of' something this tells us that you have seen part of it, but you want to see the parts that you haven't already see.  It is like saying 'the part that remains.' We can also use this to talk about food, movies, work, a group of people, etc. Notice the following:

I'd spend some time lying on the beach.

When you use your time to do something you 'spend time' doing it.  Notice the following:

After that, I'm going to head towards Canada.

'Head towards' is used to show that you are traveling in the direction of something.  This can be used when telling someone how to get to a place and giving them points of reference to travel towards.  Notice the following:

One of my best friends immigrated to Canada.

If you 'immigrate' to a non-native you come with the intention of living there for a long time or making it a permanent residence. Notice the following:

off to • the rest of • spends time
head towards • immigrated

219 African Safari
Ashley talks about a safari she went on in Africa.
﻿
INT 4
Shawn

217 College Pasttimes
Alex talks about things students do for fun at university in the U. S.
﻿
BEG 3
Sophie