Travis talks about what he does not like about the Olympics. 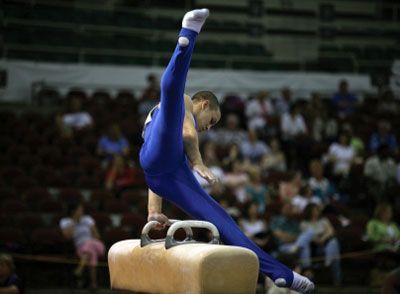 Todd: So Travis, this summer we have the Olympics. Are you going to watch the Olympics on TV?

Travis: I will probably get suckered into watching the olympics I'm sure. It will be on every channel. It will only be on one channel but it will be on the whole day I'm sure.

Todd: Yeah, they kind of go overboard. It's on too much.

Travis: Well, I think it was the last winter Olympics, where, I don't know which channel in the Unites States was covering it but whatever channel was covering it most of the olympics was just people's background and personal stories and profiles and a lot of America got really fed up with it, and I don't know if you were still here in Japan or if you were in the Unites States at the time of the last olympics, but
people didn't watch he last olympics in the states. They just tuned out completely. The reason that they tuned out is because the coverage was so poor. The station that was covering it was basically just doing profile after profile of athletes, about how they had to overcome hardship, how they had to eat one meal every two weeks , and you know run five hundred miles back and forth, you know, some school in Russia and those sort of profiles, stories drown out the actual events, and it was covered very poorly, but maybe this year will be different, maybe there will be a backlash against that sort of poor coverage, and we'll get to see more of the actual olympics this time. This is the summer olympics right. (Yeah, exactly) It shows how little I know about the olympics. I'm not sure if it's the winter of the summer.

Todd: Well, of the Olympics, what's your favorite event?

Travis: Just straight running. It seems like a very pure athletic event. There's no guess work in it. There's not five judge panel trying to decide who won, and then the Canadian judge and the France judge get in a fight and they have to decide. Nothing like that happens. It's just run, clock, stop and whoever got through the finish line the fastest wins. It seems very pure athleticism, so I like running: 100 meter dash,
200 meter dash, all of that, and long runs too. I used to run when I was in high school so that helps a little bit. Not short distances. I used to run cross country, three and five miles.

Todd: Ooh, that's a long ways. Are you still a runner?

Travis: Well I went running tonight but I don't consider myself to be much of a runner. No, I only say that some day I am going to train and run a marathon but I have yet to train and run a marathon. Maybe someday. Yeah, I did it when I was in Bangkok and it about killed me. Yeah, running in Bangkok, running a marathon in Bangkok was not the smartest thing. It was terrible because they had, they have pollution right, Bangkok's a great city but they have a lot of pollution right. They have to have marathon at 4 o'clock in the morning before the cars start running, and then when you're running the marathon some of the policeman that are officiating have to wear like masks because of the pollution in the air, so when you're running a marathon through that it's not that fun. But anyway, you should do it. You should run a marathon.
I think maybe I will but perhaps after I finish school this year.

I will probably get suckered into watching the Olympics, for sure.

When someone convinces you to do something that you really didn't want to do you can say that you got 'suckered into' it.  We use this phrase especially when the person isn't completely honest in their efforts to make us do something. Notice the following:

I think they kind of go overboard, having it on every channel.

If you 'go overboard' you take something to the extreme. Notice the following:

A channel that covered the Olympics had mostly personal stories of athletes.

In this case 'cover' refers to something that is shown on television or talked about on the radio.  We use 'covered' in this way to talk about news or journalism. Notice the following:

A lot of people got really fed up with it and didn't watch much of the Olympics then.

When you are frustrated to the point where you can't handle any more you can say that you are 'fed up.' Notice the following:

I ran a marathon in Bangkok, and it about killed me.

Usually we use this phrase to say that something was really difficult.  I doesn't necessarily mean that we were close to death. Notice the following: