Marion talks with her friend who was recently in New York. 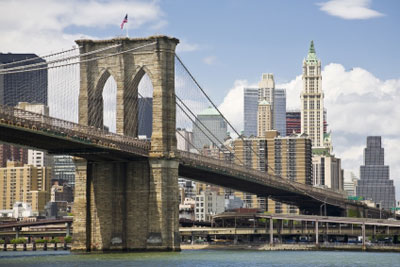 Marion: Yeah! So you said you went to New York there. How did you find New York?

Mauve: Oh, it was great. It was cool.

Marion: So what did you do there?

Mauve: Well, we went to see the Empire State building, the Statue of Liberty. Took a boat around Manhattan and went to a show on Broadway.

Marion: That must of have been exciting.

Mauve: Oh, it was great. It was brilliant. It was so professional.

Marion: Yeah. What was the show?

Mauve: It was really good. It was called, it was called "Wonderful Town!" I had never heard of it before but we just cued and got tickets during the day and whatever we could get we just went to see it. Yeah, but it was really, it was a comedy as well. It was really funny, and there was dance. It was very good.

Marion: Mm, yeah, so would you go back to New York?

Mauve: Yeah, I would, definitely. Um, it's funny though, like after I spent a week there, and after the week I feel I really know it very well, you know, we did a lot of walking, went to all the different districts, Chinatown, So-Ho, Grenich Village, and Central Park kind of, it's very easy to find your way around as well.

Marion: All right. Yeah, that's good. With the grid system, which Dublin doesn't have. You know Dublin for a tourists it's probably harder to find their way around. It's not as sign posted or well signaled. Not as well laid out kind of thing.

Marion: Yeah! Which of the kind of the areas did you prefer in New York. Did you have, like,one favorite?

Mauve: Um, I really liked Chinatown. Chinatown was lovely. We went into lots of little small shops and it was lovely, like, you know, really quaint little places. We ate in a few, we ate in one place there as well. It was nice

Marion: And the kind of change from one to the other, obvious as well.

How did you find New York?

When someone asks you 'how do you find' something they are asking for your opinion or what you think of it. Notice the following:

We just queued and got tickets during the day.

To 'queue' is to make a line and wait for something. Notice the following:

It's very easy to find your way around in New York.

If it is easy to 'find your way around' a place it means that it is easy to understand the city and where places are located. Notice the following:

New York has the grid system, which Dublin doesn't.

A 'grid system' is a city plan where all the streets run parallel or perpendicular to each other.  In some cases the streets run north and south or east and west. Notice the following:

We went into small shops, which are really quaint little places.

A 'quaint' place is unusual or interesting in a good way and usually a little old fashioned. Notice the following: