Travis gives his thoughts about this famous movie. 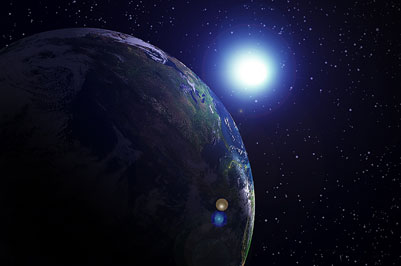 Todd: So, Travis, what is your favorite movie?

Travis: My favorite movie of all time is the original Star Wars.

Todd: Yeah, that was a pretty great movie.

Travis: The original Star Wars was a fantastic fantasy set in space, with great characters, and while simple I thought meaningful story, but you know, it meant something to me, especially whenI was a kid.

Todd: Yeah! Who was your favorite character?

Todd: What? You got to be kidding me!

Todd: Wow. Why do you think that Star Wars is such a popular movie?

Travis: Well, I think of the time that the original Star Wars came out it was unique in a way that no other movie had really been, and so that was part of it. It used special affects in a way that no other movie ever had, andI think America was looking for a feel good fantasy movie that basically, while simple really made peoplefeel like there are good things out there and good sides out there and you could be on a good side. You know,you have the evil empire, which apparently were the British Empire, and, since all the actors had a British accent. And then you had the rebels, who were apparently, according to the director. What's his name again?

Travis: George Lucas. I was about to say Luke Skywalker, but I was pretty sure he didn't direct it. According to George Lucas were the Americans, so it seemed like it was a replay of the revolutionary war, in some senses, though he also borrowed from some Japanese movies too. Notably he borrowed from KitaKurasawa's "The Hidden Forstress" I'm not really sure what the Japanese title is of "The Hidden Fortress" but in English it's translated as 'The Hidden Fortress" and in that movie, it's a movie where, what's his name, "Nufume?", the actor, he is actually protecting a princess who has to go in hiding because an enemy samurai clan has destroyed her family, and then the whole movie is told, that movie, "The Hidden Fortress", is told from the point of view of two bumbling idiots who sort of go around, provide slap stick comedy almost for the whole movie and are a basically the role models for CP30 and R2D2 in the movie Star Wars cause in Star Wars the whole movie is sort of in a way shown from the point of view, beginning with these two characters, CP30 and R2D2, and they progress most of the movie, until the end when Luke Skywalker sort of becomes more important and Obi One Kanobi enters the scene, but at every point it's always CP30 and R2D2 sort of gluing the scenes together in a lot of way.

The movie meant something to me, especially when I was a kid.

When something has emotional significance for you then it 'means something.' Notice the following:

Star Wars used special effects in a way no other movie had.

'Special effects' are visual or sound effects that are included in movies or programs to make the show more incredible, dramatic or interesting. Many times these are things that don't usually occur in real life. Notice the following:

It seemed like a replay of the revolutionary war.

Used as a proper noun, the 'Revolutionary War' refers to the war when the United States declared its independence from England.  In general, A revolution is a great change for an area or country and a revolutionary person helps make a change. Notice the following:

The whole movie was shown from the point of view of C-3Po and R2-D2.

A 'point of view' is a certain person sees something.  When we see something through a particular point of view it's like seeing it through a different person's eyes. Notice the following:

It's always C-3P0 and R2-D2 sort of gluing the scenes together.

In this case 'gluing the scenes' refers to connecting two scenes together.  Notice the following:

250 Mexico
Adrienne talks about her stay in Mexico.
﻿
INT 5
Jessica

249 The Outfit
Jessica describes what she is wearing and where she bought it.
﻿
ADV 7
Travis

246 First Job
Lois talks about the first job she had and how much money she made.