Kawabe talks about the popularity of manga in Japan. 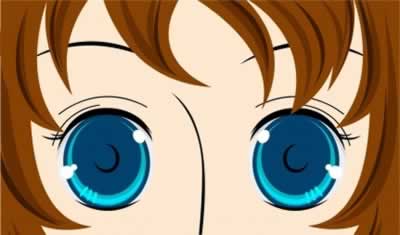 Todd: Ah, Kawabe, You are Japanese, so can you explain manga? And what is Manga? And why is it so popular?

Kawabe: OK, it's a diff...it's easy, but difficult question. OK, manga is the, is the drawing with the story.

Kawabe: Mm, that, many kinds of manga, so basically it's the picture which is drawn by someone, and then you read it, and which has a story, it's a comic. Mm, it's a comic, and then,

Todd: So there's manga about many things.

Kawabe: About many things yes!

Todd: For example, what topics or what themes might there be manga about?

Kawabe: It depends, it depends. There are thousands of you know, stories and if it's about the animal,like a, it can be anything.

Kawabe: Yeah, you don't have to read! (Really) Yeah, of course. And then, what else? Everything, you can.

Kawabe: Ramen manga! There is. Seriously! Ramen manga! Salaryman manga. School teacher manga, and any kind of home drama, or the stories of novel can be manga. Manga script. So, it's, OK, imagine the movie. Yeah! You can make up everything. Troy! Old ancient greek stories! Or the like the, the future stories, like, and the, you know, whatever it is. You know. You just make it up,and write it or draw it.

Todd: Why do you think manga is so popular?

Kawabe: Yeah, it's not real.

Kawabe: Fantasy! So, in Japan it's the manga instead of hollywood movies, I think.

Todd: That's really interesting. So do you still read manga?

Kawabe: I used to read a lot, read a lot, but now I don't read much as I was reading, OK, for example, how much do I read? Like one story in three months.

Todd: You mean one manga story in three months. Oh! so you still read manga sometimes?

Kawabe: Sometimes! Like sometimes my friend recommended, or sometimes I saw a good review on the magazine. Yeah, I pick up some and I read them when I got time, but not very much recently.

What topics or what themes might there be manga about?

A 'theme' is the main idea or message of something like a movie, song, book, speech, etc.  Sometimes a theme can be used to connect different topics that appear to be unrelated.

You just make it up, and write it or draw it.

When you 'make something up' it means that you invent it using your own creative ideas.

It's the field you can express your imagination.

When used like this 'field' refers to a specific area of interest. We also frequently use this to talk about a specific professional area of abilities or interests, like a medical or legal field.

Fantasy! So, in Japan it's the manga instead of Hollywood movies, I think.

A 'fantasy' is an idea that is pure fiction and that is often beyond what could happen in the real world.

I saw a good review on the magazine.

A 'review' is an honest critique or assessment of something which can be good or bad. Many movies, books, restaurant, etc are reviewed after the public sees them.