Simon discusses the pros and cons of travel. 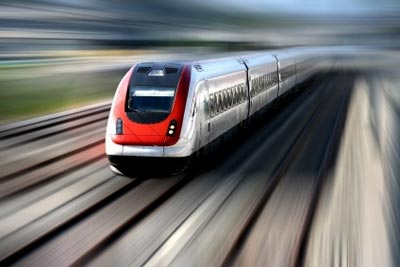 Friend: Indeed, I would.

Simon: So, what's your favorite form of transportation, of those three?

Friend: I would have to say the automobile.

Simon: Um, well, tell me some of the, the pros of traveling by car.

Simon: OK, uh, what about a train? What are the advantages of being of a train?

Friend: Ah, I would say, good views of the countryside. You can move around on a train. You're not stuck in a car. You can go for a cigarette. You can get something to drink. You can go to the bathroom, which you cannot do in a car.

Simon: OK, and let's talk about the airplane. Why, what are some of the advantages of flying?

Friend: That's all I can say about that, speed.

Simon: OK, uh, let's talk about the disadvantages, the cons. So what, what are some things that a train has, that is not that great?

Friend: There's nothing I can say bad about a train, except, yeah! Train's good.

Simon: Yeah, price, in many countries train travel is expensive. Uh, we are traveling in Japan, so the train is very fast and efficient, however, it is expensive, and another thing is, you're confined by schedule and things like that. How about the disadvantages of a car?

Simon: And how about the plane?

Friend: The disadvantages of a plane. The lack of view,and yeah, that stale, stale air.

Simon: Oh, yeah, also, I could sort of say the fear factor, yeah, and being confined to a small space. Yeah that's it.

Each of these forms of transportation have their pros and cons.


'Pros and cons' is another way to say 'positives and negatives.' Notice the following:

The pros of traveling by car would be mainly freedom.


When you have 'freedom,' you can do whatever you want, whenever you want to do it. Notice the following:

You can move around on a train, whereas you're stuck in a car.


When you are 'stuck' someplace, you can't move to where you want to go.  Notice the following:


If you are 'confined' to something, you are restricted by its limitations.  Notice the following:

The disadvantages of the plane is the lack of view and that stale air.


'Stale air' does not feel fresh.  It feels like it has recirculated many times.  Notice the following:

468 Types of Travel
Simon discusses the pros and cons of travel.
﻿
INT 4
Simon

466 Best Movie Ever
Simon and Lesie discuss their love of Star Wars.