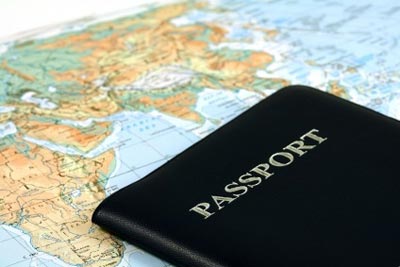 Mark: Yeah, I think the Kiwis and Aussies that you see in London and in other parts of England and Europe, many of them are young Kiwis doing what we call ‘the big OE’.

Todd: The big OE? What’s that?

Mark: ‘The big overseas experience’ or ‘the big overseas excursion’. So, a lot of people, when they finish school or finish university, they take a year off and because New Zealand is located a long way from anywhere, instead of taking a trip from one country to another for a week, like many Europeans do, when young New Zealanders travel they tend to go backpacking a lot, get a part time job working in a pub or a restaurant in London to make more money and then they will travel for 3 or 4 months through Europe. They may go back to England and work a bit more and then see a few more countries, and then maybe after a year or so they’ll start heading back towards home. That’s ‘the big OE’.

Todd: Ok, what countries besides London are popular for Kiwis to go and visit?

Todd: Or what cities or places?

Mark: Now I think they’re getting more adventurous. Before it used to be very euro-centric, but now a lot more people are going through Asia and going to more exotic locations: maybe South America, some people travel to Africa. The old ties to England are still there; I think that’s still the first location for many people: save a bit of money and then see the rest of the world.

The Kiwis and Aussies you see in London are young Kiwis doing what we call 'the big OE.'

take a year off

A lot of people, when they finish school or university, they take a year off.


Here, 'take a year off' refers to having a year after university and before you start school where you do some traveling or don't follow the typical steps that most people follow. Notice the following:

Then, maybe after a year or so, they'll start heading back towards home.


When you 'head back' to a place, you return somewhere that you have already been. In this case, you return home. Notice the following:

I actually found out I'd got a job, so I cut the OE short to join the working world.

Before, it used to be very euro-centric, but now more people are going through Asia.


When you say something is 'euro-centric,' it means there is a strong focus on Europe, or, in this case, that most people travel in Europe. Notice the following:

the old ties to England

The old ties to England are still there, and I think that's still the first location for many people.


Here, 'ties' refers to connections. In Australia and New Zealand, many people have family that came from one of those countries, so you can say that they have ties. Notice the following: