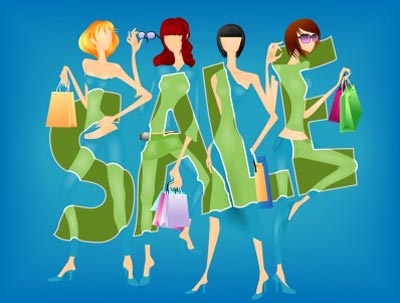 Akane: I do. Thanks for noticing.

Ruth: Oh, that's OK. So are you quite into fashion?

Akane: Well, I do like to buy stuff now and then.

Ruth: Yeah, and was that the last thing you bought?

Ruth: So do you spend quite a lot of money on clothes?

Akane: Ah, no, I like to look for bargains.

Ruth: And was that skirt a bargain?

Ruth: How much was it?

Ruth:That's such a bargain. That's fantastic.

Akane: Yeah, it was.

Ruth: So how often do you go shopping?

Akane: Um, not too often, maybe about once a month.

Ruth: Once a month. For clothes?

Akane: Um, yeah, just to browse around, look around. Um, I might not always buy something, but once in awhile I do.

Ruth: And where do you go?

Akane: Well, I like to go to the local market, and things like that, cause I think that's the best place to find bargains.

Ruth: Do you normally try clothes on before you buy them?

Akane: I do. I prefer to try them on before I buy them. It's not always possible though.

Ruth: So if you buy something at a market, so you try it on first?

Akane: Well, yes I would ask the person if I can try it on. If they say no, then I would try
to see if it fits or not right on top of my clothes and make a good guess.

Ruth: Do you ever buy clothes which are second hand, which other people have already worn?

Akane: I used to be really into vintage clothes when I was younger. Yes, there's a huge area
in Toronto where I'm from where there are many shops with vintage clothes, and I used to go there
all the time.

Ruth: Wow. So there kind of dated clothes are they?

Akane: Yes, they are. They are second hand clothes. They're used and they're very cheap and very fashionable.

Akane: Um, I suppose they used to when I was younger, but not anymore, because you know, I like to choose my own things.

Akane: But once in awhile I might go shopping with my mother, and if there's something
I like she might buy it for me if it's a special occasion.

Ruth: Alright, well thanks for that Akane.

When you notice something you see or recognize it. We frequently use this verb to talk about changes in people or places.  Notice the following:

A bargain is a sale, a discount or a good price on something that you buy. A 'bargain shopper' is a person who looks for very good prices on items.  Notice the following:

Do you normally try clothes on before you buy them?

To 'try on' clothes is to put them on in the store before you buy them.  You do this to make sure they are the correct size and look good on your body.  We use this verb for clothes and shoes. Notice the following:

Do you ever buy clothes which are second hand?

A second hand item that has been owned and used by another person before you. This can be clothes, shoes, furniture, etc.  People buy second hand items because they are cheaper.  Notice the following:

I used to be really into vintage clothes when I was younger.

Something vintage is a used item (usually clothes, shoes or furniture) that has become stylish again.  These items are usually older than second hand items.  Notice the following: