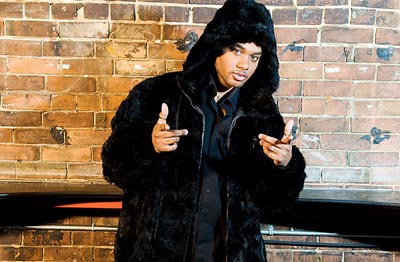 Todd: Jeanie, you are from Philadelphia, correct?

Todd: Now is Philadelphia a safe city? Do you have lots of crime?

Jeanie: Yeah, we've got lots of crime. Depending on the area where you are. Um, where I grew up, I lived in a black ghetto where there was like gun shooting at least three times a week. Usually it was, it had to do with conflicts between African Americans and Jamacians, um, pretty territorial. Basically, the African Americans were there first and when the Jamacians moved in they decided that they wanted to take over so lots of wars going on along with that.

Jeanie: Um, well, I've always been to myself for the most part. A lot of people in the neighborhood, thought I was very strange because anytime you ever saw me I was walking around reading a book or something like that. I didn't have any friends, because everyone would always say I was too smart to hang with them or something like that, so yeah, I basically just kept to myself. When people wanted to fight me, instead of mouthing off which is a very big part of it, I would just sit there and say OK, let's fight and they didn't understand that kind of thing. They felt like, no we have to argue first, so I didn't encourage arguing and so they would feel intimidated just by feeling that maybe there was something more to me than they knew about.

Todd: Wow! You're brave. You were saying earlier though that there is also a serious problem with Asian gangs.

Jeanie: Yeah, in the neighborhood we moved into, I moved out of my old neighborhood when I was about 17, so my new neighborhood, we don't have so much of the African Americans versus the Jamacains, we have Korean gangs, and they're often at odds with the Hispanics.

Jeanie: Yeah, so not so much gun shooting. I don't really hear so much about guns in that area, but lots of knives and robberies and such things.

Todd: Now do you think you have a solution to solve the problem, that we can get rid of these gangs. Is it just the poverty, or?

Jeanie: It has a lot to do with the poverty, but a lot of it also is the image that these people are striving to achieve. They do rely heavily on Hip-hop, the Hip-hop culture. They feel like in order to be really cool, they've got to due this stuff that they see on TV.

Jeanie: And sometimes the only way to survive is to actually join a gang so that you don't get hurt from just someone not liking you.

Todd: Wow. Well, you have a very candid views and stories to tell so thank you very much

I lived in a black ghetto.

A 'ghetto' is a very poor area of a city.  People living in a ghetto are usually members of the same race, and they live separate from other members of the city.  Notice the following:

It had to do with conflicts between African Americans and Jamaicans, pretty territorial.

A 'territorial conflict' is an argument about territory or boundaries between territories.  A group's territory is the land that they own or control. Notice the following:

I basically just kept to myself.

If you emotionally and physically distance yourself from other people and you don't frequently talk to other people, you are 'keeping to yourself.'  Notice the following:

They're often at odds with the Hispanics.

If you have problems with another person, you are 'at odds with' him.  Notice the following:

Not a peer pressure, it's an image thing.

'Peer pressure' is the influence your friends have, which makes you do things that you probably wouldn't do on your own.  Notice the following: