Jeannie talks about her unique family. 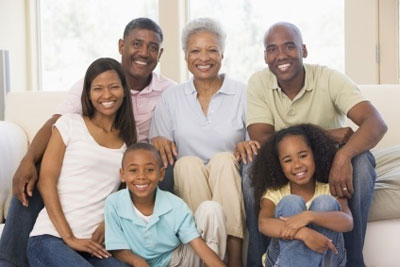 Todd: Cherry's your last name? Is it spelled like the fruit?

Jeanie: Oddly enough, someone asked me before, "Is it spelled like the fruit?" and I said, "Yes" and she spelled it incorrectly.

Todd: And how old are you?

Todd: Wow. You look young though.

Jeanie: I know. It's because of my parents.

Todd: Oh, so you have good genes in your family.

Todd: How old is your father?

Jeanie: My father is 52 this year.

Todd: And how old does he look?

Jeanie: He looks like he is about 35. That's what people often say.

Jeanie: Yeah, I showed pictures to other people. He's a twin, identical twin so I show people their pictures and they're like, "Wow, they're so young. That can't be your father" and "Oh, yeah, that's my dad."

Todd: That's cool. So your father has a twin.

Todd: And do they still look identical?

Todd: Do they have the same hairstyle?

Jeanie: Yes, and they always dress the same. The do a lot of stuff together all the time so.

Jeanie: Yeah, people always ask me, "Yeah, how can you tell me which one is which?"

Todd: Yeah, yeah, yeah. You must get tired of that question.

Todd: Well, why do twins do that? Why do they often where the same clothes?

Jeanie: Well, I don't know. For my dad it's always been a thing of, they like to make a big impression on people so they always want to dress in the best suits. They always got to look flashy, so that when they go out, they're like the show stoppers, and they happen to look exactly like the twins from a music group called the Whispers.

Jeanie: Yeah, so they get lots of people taking their photos and screaming, "Oh, my gosh. It's the Whispers."

Jeanie: Yeah. They get a lot of publicity for that.

Todd: Well, does your father have a good voice? Can they sing?

Jeanie: Oh, no, they can't sing for anything. They can pretend to some background music but they can't actually do it.

Jeanie: My mother. She's also 52 this year and I have an older brother. He's 31 years old and my sister is 30.
My brother has three daughters and he's got a son on the way.

Jeanie: Yeah. And my sister has two daughters, so for a long time it was only girls, so my parents are starting to look at me like, yeah, we need some boys in the family. OK, so I'll think about that later.

Todd: Ah, sounds like you have a really nice family.

Oh, so you have good genes in your family.

'Genes' are biological information that make you what you are.  This information comes from your parents and determines your physical appearance and many other things.  Notice the following:

They always dress the same.

To 'dress the same' as someone else is to wear the same clothing or something similar. Notice the following:

They always got to look flashy.

So that when they go out, they're like the show stoppers.

A person who dresses in such a way that other people stop what they are doing and look at her is a 'show stopper.'  This is mostly used in a positive sense, but it could be negative as well.  Notice the following:

My brother has three daughters and he's got a son on the way.

To have a son 'on the way' means that his son will be born very soon. Notice the following: