Ken and Wendi talk about famous comedians in the United States. 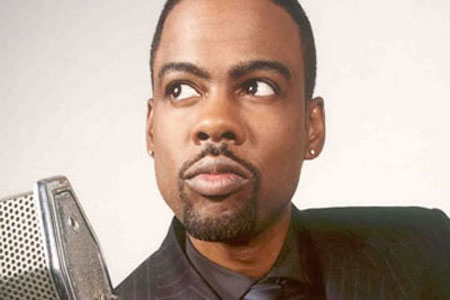 Wendi: Alright, we've been watching some comedy lately. I wanna know who your favorite comic is?

Ken: My favorite comic? It's a draw between Dave Chappelle and Chris Rock.

Wendi: Is Chris Rock really like, is he still doing something?

Ken: No, he really hasn't done anything recently, but still like, yeah, he's pretty, a pretty funny guy.

Wendi: He it totally funny.

Wendi: When is the last time he was totally working a lot, though?

Ken: It's gotta be maybe five years ago.

Wendi: Yeah, it's been awhile.

Ken: Yeah. Now he's like... I don't even know what he does anymore. Maybe he's an actor now.

Ken: Yeah, he has to feed his family.

Wendi: Yeah, what about Dave Chappele? What's his deal? He's kind of?

Ken: Yeah. Maybe. He was really popular a couple of years ago when he was doing the Chapelle Show, a couple of his stand-ups came out, but...

Wendi: Is that finished?

Ken: It's taking a break or something. What I heard was that he went crazy and he like checked himself into an insane asylum.

Wendi: For serious. For real.

Ken: Like all the pressure from work was getting to him and stuff. Like he just wanted break.

Ken: Or he ran off to Africa or something.

Wendi: You know what, that is just incredible because, it's like you know, the whole grass is greener concept. It's like, you think if you're a comedian and you're making people laugh all day and you're on stage and you're laughing too that you're probably having fun but at the end of the day, I guess work's work.

Wendi: What was he doing for 20 hours a day?

Ken: Uh, like just doing his show. Like I guess it takes a lot of preparation and...

Ken: Even with all the help in the world, I guess he's still, you know, you have to make it quality, so it takes time and effort.

Ken: So, even if it is comedy, it might not be fun twenty hours a day.

Wendi: I guess that's like the funny thing, you just think if someone's a comedian, it just all comes naturally. It's like it all just comes spur of the moment, but I guess the real thing is that a lot of work goes into it.

Ken: Yeah, I think so. Like to be creative on a consistent basis is probably isn't the easiest thing in the world.

Wendi: Yeah. I think so. It sure is for me anyways.

Wendi: Are you a Seinfeild fan?

Ken: No, I did watch a few episodes, here and there, when it was on TV and I was bored, but...

Wendi: You're not a big fan?

It's a draw between Dave Chappelle and Chris Rock, if you ask who my favorite comic is.

When there is a 'draw' between two competitors, it means that they are equal or even in terms of points. It's the same as saying there is a tie. Notice the following:

Chris Rock is totally funny and he's hard to top.

I don't know what he does anymore, if he's an actor now or he's flipping burgers.

'Flipping burgers' is an informal way to say that someone is working at a fast food restaurant. It can also be used to mean 'cooking hamburgers.' Notice the following:

When he was doing the Chapelle Show, a couple of his stand-ups came out.

For comics, a 'stand-up' is a comic act that they do in front of an audience. Notice the following:

the grass is greener

It's like the whole grass is greener concept, where you have to work really hard.

'The grass is greener' is used to say that you always want what you don't have. Even if your life is pretty perfect, you can look at someone else's life and think that it is better than yours, then if you work hard to get what they have, you will want something else. Notice the following:

690 Fashion and Piercings
Rina shares with Wendi how she keeps herself looking good.
﻿
INT 5
Rina

689 Beauty Secrets
Rina talks about her legs, her eyes, and make-up.
﻿
INT 5
Ken

687 Basketball Superstars
Ken talks about the stars of the NBA and why they are good.
﻿
INT 5
Ken

686 Cool Comedians
Ken and Wendi talk about famous comedians in the U.S.