Chris talks about his upcoming wedding and plans for the big event. 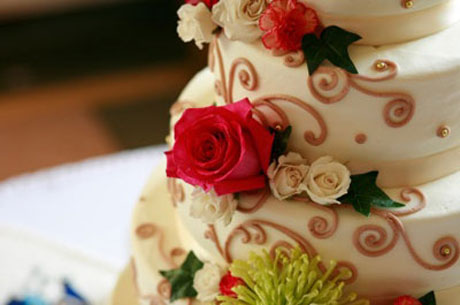 Chris: Well, actually, Lindsay, I have a surprise. A bit of news to tell you as well. I'm getting married.

Lindsay: You're getting married?

Chris: Yep. I'm actually getting married before you, probably in March.

Chris: Yes, and it's one of those things that once you start, you just can't stop. There's too many decisions.

Lindsay: Yeah, I bet, so do you want to have a big wedding like me or do you want a smaller wedding?

Chris: No, we think maybe only fifty people, so we're probably only going to keep it quite small. We might just have it in a restaurant somewhere, and we're kind of planning just to have it in front of people and friends, and just people that we really know.

Lindsay: Do you think you'll have it in the daytime or at night?

Chris: I think probably in the daytime would be nice because a lot of her family are quite old so we're gonna have to keep it before it gets too dark and they all fall asleep.

Lindsay: Are you going to hire a photographer or a band?

Chris: We'll definitely have a photographer, but we don't really want a band. We would like it a little bit smaller so maybe just a couple of violin players, or maybe a piano.

Lindsay: Oh, that sounds nice. And then are you going to hire a florist?

Chris: Well, actually we don't have to hire a florist because my fiance is a professionally trained horticulturalist and florist herself so she makes wedding bouquets as part of her job.

Lindsay: Oh, so she'll make the flowers for your wedding?

Chris: She wants to do some of it and also a lot of her friends will be able to chip in and help out as well.

Lindsay: Are you going to choose some wedding colors?

Chris: Wedding colors? I don't even know what that means.

Lindsay: So for my wedding my colors are red and fuchsia because I like bright colors. Are you gonna choose a shade of colors for your flowers to be and what you'll wear?

Chris: I guess that's probably a question you wanna ask my fiance. She's more interested in things like that. I'll know when I see the flowers if they're some kind of theme, but we've not talked about that.

Lindsay: Well, one question that I have that I'm confused about: are you going to get someone to video tape it or do you think that it's just enough to have the photographer?

Chris: Actually, that's not something that we talked about, but I've been to weddings before where they've had it with someone video taping it, and it always seems a little bit too intrusive. Like someone was having to come up and they're saying, "Oh, do you want to have a message? Do you want to give a message?" and suddenly you're on the spot and you don't know what to say, so I think it'll be enough for the photographer and also, we'll have our memories as well so we don't need the video.

Lindsay: Right. That's good. Good idea. I do think that afterwards it might be nice to show my kids when they grow up, "This is when mommy and daddy got married" on the video camera, but I'm still grappling with that idea if I want to video, someone to video it or not.

Lindsay: That's true. That could happen.

Chris: If we keep it to photographs, we can just delete it or kind of get rid of that film so, I don't know. We'll talk about that beforehand, but I'm really excited about it.

once you start, you just can't stop

Once you start, you just can't stop it.

We use the phrase 'once you start, you just can't stop.' to talk about something that, for many reasons is, often difficult to stop.  Notice the following:

She wants her friends chip in.

When we 'chip in,' each member of a group gives a small amount of money so they can buy or pay for something.  Notice the following:

My wedding colors are red and fuchsia.

'Fuchsia' is a bright pink color.  Notice the following:

It always seems a little bit too intrusive.

Someone or something that is 'intrusive,' is annoying or disturbing in a negative way.  Notice the following:

You're on the spot.

When we are 'on the spot,' that means we are uncomfortable in a certain situation because other people are focusing their attention on us.  Notice the following:

I'm still grappling with that idea.

When we 'grapple with' a situation, that means we are having a difficult time making a decision.  Notice the following:

can't stop • chip in • fuchsia
too intrusive • on the spot • grappling