Fanny asks Brian why the Canadian economy is doing so well these days. 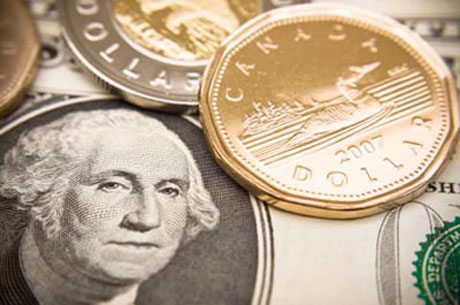 Fanny: Hey, Brian, you know, recently I heard that the Canadian dollar is very strong.

Brian: It is. It's been amazingly strong in the last few months.

Fanny: What happened? I mean, how come?

Brian: It went up. The reasons behind why the Canadian dollar is strong...

Brian: Very good question. Without getting too complicated, my understanding is the Canadian dollar is linked to a lot of primary industries, so things like, say like, oil or mining or timber from like forests and right now I think there's a high demand for those kind of products, so because of that it's pushed the Canadian dollar up. But also I think many other currencies have gone down a bit, like the American dollar has dropped a lot.

Brian: I don't follow the currency markets too closely.

Brian: But I think because the American dollar has gone down as well, that means that, you know, it doesn't take as much Canadian money to equal the American money now, so I think those are probably two of the reasons why it's been strong.

Brian: That's another good question. I think that there are still quite a lot of resources.

Brian: Which is, you know, is good but some of them are decreasing quite a bit.

Fanny: I think so, because of consumption.

Brian: And we export a lot of our resources too, so, you know, the Unites States is always taking a lot of our resources so that's like a huge market right there, but I think there's still lots of oil but maybe the... some of the trees, you know, they cut them down pretty fast and they take a long time to grow back, so you have to watch out there.

Fanny: OK, I think that's a very reason for the strong Canadian dollar.

Brian: It could be but you probably should ask an economist. Maybe they can tell you a bit more informed insight than I can.

It's been amazingly strong

It's been amazingly strong in the last few months.

The word 'amazingly' is similar in meaning to 'very, very'. We use it when we are surprised.  Notice the following:

Fanny asks how come the Canadian dollar is strong.

The question 'How come?' means the same thing as 'Why?'  Notice the following:

Without getting too complicated

Without getting too complicated, the dollar is linked to a lot of industries.

Something that is 'complicated' is difficult to understand.  Notice the following:

The primary industries are things like oil, mining or timber.

The word 'primary' is similar in meaning to 'main'.  Notice the following:

Resources are decreasing because of consumption.

'Consumption' means how much of something, for example, food, oil, timber (wood) people use.  Notice the following: