Johnathan talks about all the places he lives and about being without roots. 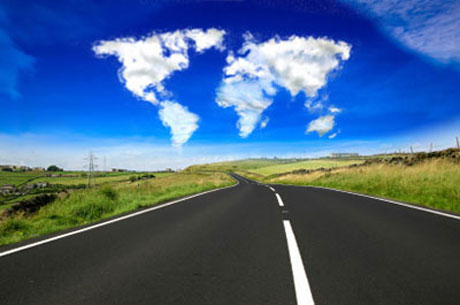 Jonathan: Where is home for me? Actually, I would have to say that I'm homeless.

Jeff: Homeless! What do you mean homeless?

Jonathan: Well, I don't call one particular place home. I pretty much live out of a suitcase. I don't have roots holding me to one particular place. I was born and raised in Toronto but from a very young age I was traveling for different purposes: some for the work that I was doing, some for just pleasure travel and even now when I go back to Toronto, it doesn't really feel like home. In fact people comment about my accent, and they say, "Oh, that's an interesting accent. Where you are from?" and I say, "Well, I'm from here."

Jeff: So where do you split most of the majority of your time? Where's your base?

Jonathan: Well, I don't really have a base. That's the thing. I spend about four, sometimes a little more, sometimes a little less, months in Japan and I usually visit my parents for about a month a year, sometimes in Canada where they spend spring, summer and early autumn, and sometimes in this small little town in Mexico that they like to go to avoid the harsh Canadian winter.

Jonathan: Wherever I sort of feel like going. Now I don't draw the kind of salary that allows me to live a glamourous lifestyle and travel around the world with the jet set, but I can certainly go and spend several months a year in different destinations, living a very basic existence but having enough time to be able to travel around and stay in simple accommodation, go out and hit the bars at night, talk to the people I meet in those different areas. At different times I have different interests.

Jeff: So that sounds like a pretty exciting, pretty fun life. Do you ever get tired of it?

Jonathan: I think that it's the kind of life that doesn't appeal to everyone and some people think I have this wonderful, fantastic life all the time. Sometimes, I would like to work a little bit more. Sometimes, I think, "Oh, no! I have nothing to do for the next three months."

Jeff: Except for travel.

Jonathan: Yes. And as of now, this work that I'm about to do finishes in a couple of days and people have asked me, where am I going afterwards and my honest answer is I don't know. I literally have no idea where I'm going to be four or five days from now, and I have no idea what I'll be doing for the next three months until I need to be back in Japan for work three months from now.

Jeff: Well, good luck on your next trip.

Actually, I would have to say that I'm homeless.

When someone is 'homeless,' that means they do not have a place to live.  Notice the following:

I was born and raised in Toronto.

Here, the word 'raised' means where we grew up.  Notice the following:

split most of the majority of your time

Where do you split your time?

When we split our time,' that means we separate the time we spend doing different things into two or sometimes more parts.  Notice the following:

I don't really have a base.

A 'base' is the town or city where we spend most of our time.  Notice the following:

The 'jet set' are rich, fashionable and sometimes famous people who travel to expensive places.  Notice the following:

I think that it's the kind of life that doesn't appeal to everyone.

895 Packed
Johnathan talks about how his luggage has changed.
﻿
INT 6
Johnathan Jeff

894 Globetrotter
Johnathan talks about all the places he has lived.
﻿
INT 6
Johnathan Jeff

892 The Gift of Giving
MB explains why she loves working with Habitat for Humanity.
﻿
INT 6
Matthew | MB

891 Habitat Routine
MB talks about the daily routine on the construction site.