Daniel asks Vella what she would like to accomplish in her lifetime. 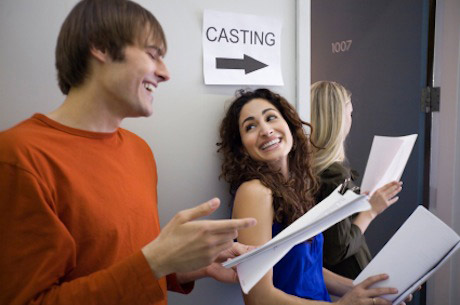 Daniel: Hey, Vella. Well we're talking about things, big things you want to achieve in your life, so how about you? What do want to do?

Vella: Well, one of my biggest dreams is to become an actress.

Vella: Because I really love acting and, you know, it would be fun to act in a movie and to play, you know, as a different character than who you really are.

Daniel: Uh-uh. What kind of movies especially, do you have any preferences?

Vella: I would love to try all characters. You know, maybe play in a horror movie or comedy or romance, anything.

Daniel: Where do you want to do this? Back in Indonesia, in the States?

Vella: Well, I would love to become a Hollywood actress, but it might be too impossible so I would just try in Indonesia first, and maybe if I can go international, then that would be amazing.

Daniel: OK, good. Do you have any, like do you want to do it within ten years or something?

Vella: Well, since I'm graduating pretty soon, I would love to try, you know, as soon as I get back to Indonesia.

Vella: And, you know, start trying to go to agencies.

Daniel: Is there any other dream that you want to achieve?

Vella: This might sound silly, but I love Ricky Martin.

Vella: And, you know, I really want to have the chance to meet him and maybe dance with him.

Vella: Because he's Latino and I'm really into Latin culture, and I know that dancing is really, you know, a big part of the culture.

Vella: And it will be really amazing if I could just dance, you know, with Ricky Martin.

Vella: And maybe I could be in his music video.

Vella: And the last thing is probably get married and start my own family.

Vella: Well, I'm in a relationship right now, so hopefully that goes well.

Daniel: Oh, good. So you want to start a family right?

Daniel: How many children would you like to have?

Vella: I would love to have twins.

Vella: Because no one in my family, you know, has twins, so I think it would be cool to be the first one to have twins.

Daniel: But at the same time, it seems to me to be quite hard to raise like twins because everything comes double, you know.

Vella: It's the same thing as having like two or three children, you know, you just get them at the same time.

Daniel: That's why it's even harder because you have, I don't know, double expenses, double everything.

Vella: Yeah, well I'd just love to try having twins.

Daniel: No, great, that sounds like a good plan. Thanks.

When I finish school, maybe I'll start going to agencies.

In this case, an 'agency' is a company that works to find jobs for actors or actors for certain roles. Notice the following:

I really want to have the change to meet him.

'Have the chance' is the same as 'have the opportunity.' Notice the following:

I'll probably get married and start a family.

When you 'start a family,' you begin to have children. Notice the following:

It's harder to have twins, because you have extra expenses.

'Expenses' are things you have to pay for just to maintain your life and stay alive. Notice the following:

Having twins means double everything.

If you have 'double everything,' it means that you have twice or two times as much as you would normally have. Notice the following:

1236 Hotel for Her
Erina's ideal hotel when traveling.